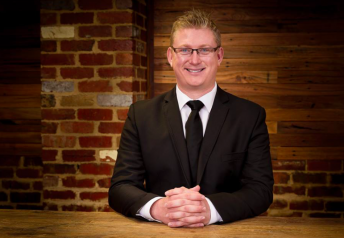 Motorsport media identity Aaron Noonan has been named as part of the Seven Network’s broadcasting team for the upcoming Rio Olympics.

A near 20 year veteran of the motorsport industry across various media roles, Noonan says that being selected for Seven’s Olympic coverage is a “humbling” moment in his career.

One of more than 40 that make up the Seven line-up, Noonan will take up hosting duties for the coverage across 7Two and 7mate.

“I’ve always had a keen interest in a variety of sports, which a lot of people aren’t aware of because whenever they see me it’s all about motor racing,” Noonan told Speedcafe.com.

“I’ve been an Olympic nut since I was a kid… and everyone knows that the Olympic Games is the biggest sporting event on the globe every four years.

“To be invited by the Seven Network to be a part of the team is quite humbling. I’m thrilled.”

The August 5-21 Olympic duties see a continuation of a 10 year relationships between Seven and Noonan, who featured on the network’s V8 Supercars coverage from 2007.

Noonan has been absent from V8TV duties since last year’s change in broadcasters having elected to focus on growing his V8 Sleuth business.

Diffey is part of NBC’s full-time commentary team for Formula 1 and IndyCar.