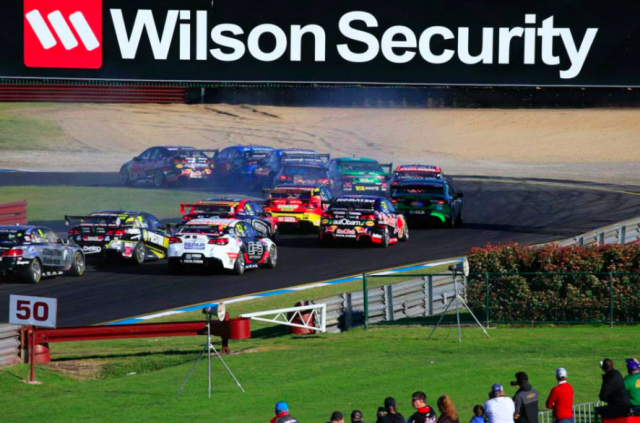 V8 Supercars teams are weighing up adopting heritage liveries for September’s Sandown 500 amid a push by the category to create a ‘retro-themed’ event.

Championship organisers recently informed teams of a plan to give the event a heritage flavour that would include the adoption of retro liveries, clothing, track signage and off-track activities.

Sandown is the longest serving track on the ATCC/V8 Supercars calendar, but runs in the shadow of September’s football finals and the following month’s Bathurst 1000.

The push to boost the profile of the Sandown 500 comes amid continued negotiations over the future of both horse and car racing at the suburban Melbourne venue.

Prodrive team principal Tim Edwards has thrown his support behind the retro event plan and hopes that fans will also embrace the concept.

“I think it’s bloody fantastic and we’ve already had a bit of fun among the team workshopping a few ideas,” Edwards told Speedcafe.com.

“The obvious thing is for the teams to run retro liveries on the cars, but I think it’s something that can really be embraced by the public as well.

“I’d love to see people turn up in retro cars and retro clothing as part of the whole theme.

“The Goodwood festival is such an amazing event and you’ll never emulate that completely, but if you have people embrace it like they do there it’d be great.”

How many cars will adopt full retro looks remains unclear, however, with costs and the relatively late notice of the plan both cited by teams as significant factors.

Those to have run retro schemes in the past have traditionally done so at Bathurst, which garners far greater media exposure than the 500.

Several teams also lack significant heritage, but could adopt either a manufacturer-related or generic retro look.

Garry Rogers says he’s keen to dip into the history of his team, but that any such activity would have to be approved and paid for by sponsors.

“It’s a great concept, but to do it properly will be pretty expensive,” Rogers told Speedcafe.com.

“My view is that you’d need to change all your team clothing as well as the cars.

“We’ve got to make sure it’d work for all of our sponsors first. I’d love to do it but somebody is going to have to pay.”

The category’s oldest team, Dick Johnson Racing, has been the most frequent runner of retro liveries in recent years, sporting heritage looks at Bathurst in 2012, ’13 and ’14.

Johnson is keen to see V8 Supercars embrace the history of Sandown, but is unsure of his now majority Team Penske-owned squad’s ability to join in due to its current sponsorship program.

“It’s always good to mix a bit of the old with the new and show everyone where the category came from,” Johnson told Speedcafe.com.

“It’d be interesting to see what everyone comes up with, because not every team has the history of ours.

“Whenever we’ve done our colours at Bathurst it’s gone across really well, so it’s certainly an interesting concept for Sandown.”

Almost two years in the making, the concept received strong buy-in from teams, manufacturers, sponsors and media, with over 30 cars running retro colours.