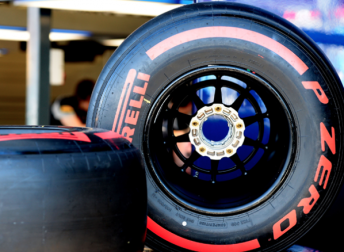 Pirelli has confirmed the tyre selections for the Chinese Grand Prix which are likely to provide a spread of strategies in Shanghai on April 15-17.

The Italian tyre manufacturer has once again made the medium, soft and super-soft compounds available to teams.

Mercedes drivers Lewis Hamilton and Nico Rosberg have elected for different selections with the former choosing four sets of mediums, one more than Rosberg, who has opted for one more set of the super-softs.

Ferrari, Red Bull, Renault and Force India have elected for a more aggressive approach with their drivers choosing six sets of super-softs.

Haas F1 has chosen the most aggressive of tyre strategies, opting for seven sets of Pirelli’s softest compound.

Romain Grosjean ran three stints on the super-soft tyre on his way to fifth place for the American team in Sunday’s Bahrain Grand Prix.

McLaren and Williams will operate a similar strategy to the North American outfit.

Meanwhile, Sauber is the only squad to select five sets of the medium compound.