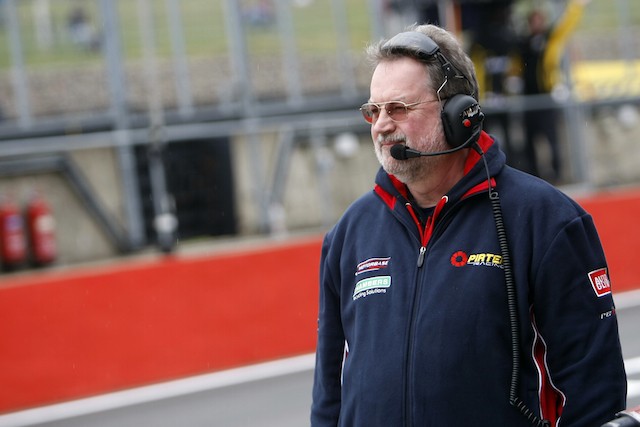 An experienced engineer has been secured to guide Matthew Brabham’s entry in the 100th running of the Indianapolis 500 on May 29.

Brit Andy Brown, who has been part of winning Indy 500 and IndyCar Series efforts in the past, has linked with the KV Racing-run Pirtek Team Murray entry.

The team has been devised by Speedcafe.com proprietor Brett Murray, with the first of its twin Verizon IndyCar Series starts scheduled for the Angie’s List road course race at Indianapolis on May 14.

Brown’s imposing CV includes a stint at Galles/KRACO which saw Al Unser jr win the 1992 Indy 500 in the closest finish in history and engineering Sam Hornish jr to consecutive Indy Racing League titles in 2001 and 2002 at Panther Racing.

Recent years have seen Brown working in the British Touring Car Championship alongside the Pirtek-backed Andrew Jordan, who this year will steer a Motorbase Ford Focus.

Brown also has experience in F1 where he was race engineer for March-Leyton House from 1988 to 1990, linking with Mauricio Gugelmin before moving to the Brabham F1 team with Brit Martin Brundle.

Also working with Gugelmin at the PacWest IndyCar team as chief engineer later in the 1990s and later at Chip Ganassi with the late Dan Wheldon in the middle of last decade, Brown says he’s honoured to help guide the 22-year-old Brabham.

“I’m excited to be going to the Brickyard with Matt and create our own history,” said Brown.

“I know what it is like to have that feeling – the Unser family made their history in 1992 when I was at Galles/KRACO when Little Al joined Big Al as the first father and son to have their faces etched on the Borg Warner trophy.

“Matt is a terrific young lad with plenty of talent and the right work ethic. He also is in the business for the right reasons. That is a pretty good foundation for us to build on – his breeding is not too bad either.

“I think the 100th Indianapolis 500 is a event everyone in the business wants to be a part of and to be going there with an exciting new team and a talented young driver with the name, Brabham, adds that little bit extra for me.”

Brown will work with Brabham initially later this month in the Dallara simulator in Indianapolis in a road course test.

“When we were putting this deal together obviously one of the biggest questions is, ‘who is your engineer?’,” said Brabham.

“There are so many variables, but there are not too many rookie drivers who would be disappointed heading into their first Indy 500 campaign with Andy Brown as their engineer.

“He has forgotten plenty more than I know at this point of my career and has tremendous respect in the paddock.

“We have a lot to get through and I cannot wait to get to work – whether that is in front of the laptop, in the simulator or on the racetrack.

“We only have one focus and that is doing the best job we possibly can for ourselves and everyone that has shown faith in us.”

Next Story T8 searching for ‘better way’ with third car

Previous Story SVG: It’s going to kill me for the next two weeks