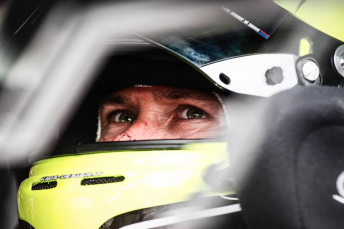 Liam Talbot has signed a deal to return to the Blancpain Endurance Series with Kessel Racing.

The Australian made an impressive debut in Europe’s premier GT3 category last year, finishing third in the Amateur Cup standings having been in contention for the crown up until the final round.

With an Amateur Cup title bid firmly in his sights this year, the Brisbane driver will once again jump behind the wheel of the Swiss squad’s Ferrari 458 GT3 for the five round series.

“Last year was such a big unknown because we hadn’t race in the series we just did a one-off appearance and it went from there,” Talbot told Speedcafe.com.

“We learned a lot last year which should give us a bit more confidence for this year.

“We have got the latest specification of the 458 GT3 so we will be looking to find every performance advantage out on the track.

“I’m 100 percent focussed on winning the championship. We were close last year but we had some bad luck but that is endurance racing.

Talbot rejoined the team at the Paul Ricard test last month to step up his preparations for the season opener at Monza from April 24-25.

“I have got quite an affinity with Monza. I got pole position there last year on debut and we won the race,” added Talbot.

“I feel we will be strong at that track and that all three drivers have bene to the track before will give us confidence and we will be able to develop a good race car for the event.”

Alongside his Blancpain GT commitments, Talbot is keen to return to the Australian GT Championship this year.

He last competed in the category in 2014 with Rod Salmon in an Audi R8.