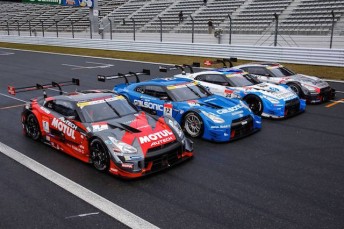 Michael Carcamo, the program director for the LMP1 campaign which saw the LM GT-R prototypes confined to a solitary competition outing at Le Mans last year, is the new Global Motorsport Director for NISMO.

His appointment which also takes on the NISMO program director position comes as Takao Katagiri has been named the new president and chief executive of the motorsports division.

Katagiri takes over from the retired Shoichi Miyatani.

Carcamo, whose brief also includes Program Director of NISMO, has been with Nissan for 13 years where he previously held positions as director of Vehicle Program Management and as assistant Chief Vehicle Engineer based in Mexico.

Despite the cancellation of the LMP1 project, Nissan remains heavily invested in motorsport.