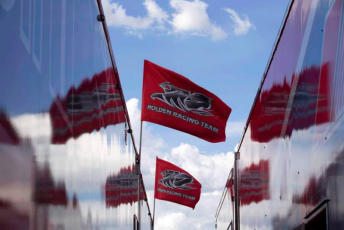 The HRT struggled at Symmons Plains

Holden Racing Team boss Adrian Burgess has rebuffed suggestions that his squad is under increasing pressure to perform amid ongoing talks with Holden over its future.

The team endured a difficult weekend at Symmons Plains as key front-end upgrades debuted successfully at Albert Park failed to translate to the tight Tasmanian venue.

With both cars qualifying and racing outside the top 10 on Saturday, the team made the decision to revert to its previous generation of front upright for the following day.

Garth Tander and James Courtney qualified just 18th and 19th respectively for Race 5, before salvaging sixth and seventh in the 200km contest.

Holden remains yet to commit to either team beyond this season, leaving the HRT to sweat on the future of its funding and factory team status.

The HRT made a strong start to its season in Adelaide, where Courtney proved a race winner, but again appears to be lacking the consistency of its Queensland-based rivals in 2016.

“There’s no more pressure than what we normally put on ourselves,” Burgess told Speedcafe.com of the situation.

“We’re not sitting here worrying or feeling any more pressure.

“The pressure is on us all the time to develop a car that is capable of winning each weekend.

“That’s irrespective of any contract that you’re referring to.

“It’s an ongoing discussion,” he added when asked of the Holden talks.

“We’re a long way from letting you guys know anything about anything, so I won’t be making any comments on that.” 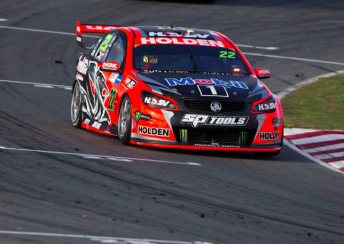 Rear grip proved hard to come by at Symmons Plains

Burgess says that the weekend’s decision to move back to the earlier specification front-end was made easier by the team’s two-car structure.

Both Courtney and Tander struggled to find a balance across Friday and Saturday as improved front grip could not be matched at the rear.

“Last year we were guilty of running five events with something in the car that fundamentally didn’t work,” said Burgess.

“I think last year we had too much information from too many people and information was getting distorted.

“We made a decision relatively quickly this weekend that it wasn’t giving us what we needed and we took it out.

“That process was clearer and cleaner this weekend than it would have been last year.

“It’s not a problem, it’s just we can’t afford to do that too many times.

“We’ve got to understand the widget a little bit better and go to the next one with a better package.”

Burgess has spearheaded the HRT’s development since the start of 2014 after making a high profile defection from Triple Eight.

Amid the team’s downsizing, its engineering department received a shake-up over the off-season with Alex Somerset taking over from Mat Nilsson as technical director.

The HRT has continued its own aggressive, in-house development strategy under Burgess’ reign in an era that has seen many others elect to buy key components.

More than half the field uses varying iterations of Triple Eight front suspension, while even Team Penske’s move into the sport has included buying technology from Prodrive. 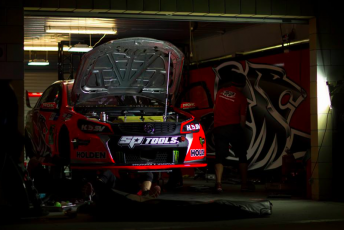 “It’s not about just going out there and buying an upright,” said Burgess when asked of his team’s development strategy.

“People are buying old, out-of-date spec uprights because they think it’s better than what they’ve currently got.

“We’re not interested in buying other people’s stuff, we’re trying to do our own, as we always have done.

“To be honest is he (Triple Eight owner Roland Dane) ever going to sell us anything? Of course he’s not. If you want to order something it’d be six months before you saw it!

“There’s no point even having that discussion. Those discussions have been had in the past, but we’re on our own path with our own car.

“It’s not as straight forward as bolting in someone else’s equipment, especially when the rest of the car hasn’t been engineered down the same thought pattern.

“It’s not really an option for us.”

While Walkinshaw downsized from four cars to two this season, their remains four Clayton built cars in the field thanks to Erebus Motorsport’s off-season purchase of two VF Commodores.

Next Story SVG: It’s going to kill me for the next two weeks