Kiwi Nick Cassidy produced a thoroughly consistent weekend at the opening round of the FIA Formula 3 Championship to come away at the head of the points table.

Cassidy produced a trio of second places at the 3.84km Paul Ricard circuit in southern France.

The 21-year-old compiled 54 points to lead the standings ahead of opening race winner Lance Stroll and Race 3 winner Maximilian Gunther who are tied on 35.

“My speed was good and I also managed to keep the performance of the tyres up throughout the race.

“In the final corner, I made an attack on Maximilian, but unfortunately, it wasn’t enough.

“However, it would have been nice had he left me a little more room there. All in all, however, I am happy with this result and also with the weekend in general.”

Race 2 was won by Van Amersfoort’s Callum Ilott with third-placed 16-year-old Guanyu Zhou claiming an historic first podium for a Chinese driver in the series. 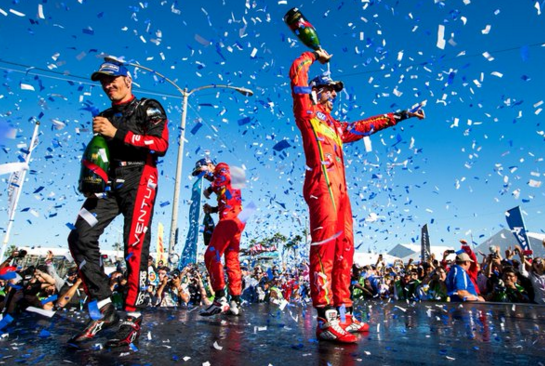 Lucas di Grassi back in control of the Formula E standings

Lucas di Grassi seized the points lead back after a solid win at the Long Beach round.

The Abt driver beat Venturi’s Stephane Sarrazin with team-mate Daniel Abt claiming the final podium spot. Lopez took honours in the main race, lumbering 80kg of ballast in the Citroen C-Elysee.

Lopez fought back after finding himself down the order to finish sixth in the opening race which was won by Rob Huff (Honda).

The next round of the WTCC is scheduled for the Slovakia Ring from April 15-17. Ducati’s Chaz Davies landed a double in Round 2 of the World Superbike Championship at Aragon.

Davies was supreme in the second race by crossing the line 6.4s ahead of Tom Sykes while Jonathan Rea was third.

In the first encounter Davies defeated Rea with Sykes third.

The championship moves to Assen from April 15-17. 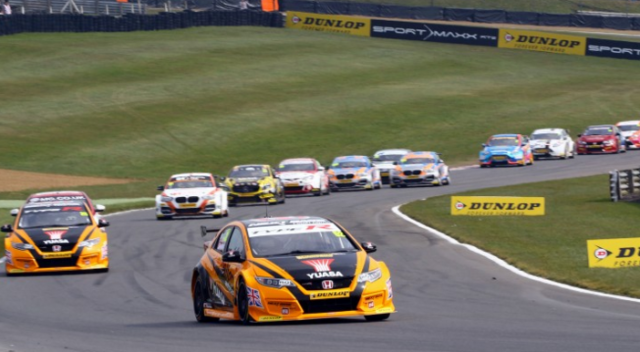 Matt Neal has emerged as the points leader following the opening round of the British Touring Car Championship at Brands Hatch.

The Team Dynamics Honda driver took a third, second and a fifth placing from the three heats at the Kent circuit.

Reigning champion Gordon Shedden managed to come away with a tidy points haul to be placed second on the ladder on 38, five behind Neal.

Shedden won the middle heat after a second in the opening race however after being hit with 75kg of success ballast he suffered a puncture in the final race to be among the non-finishers.

The next round of the BTCC is scheduled for Donington from April 16-17. 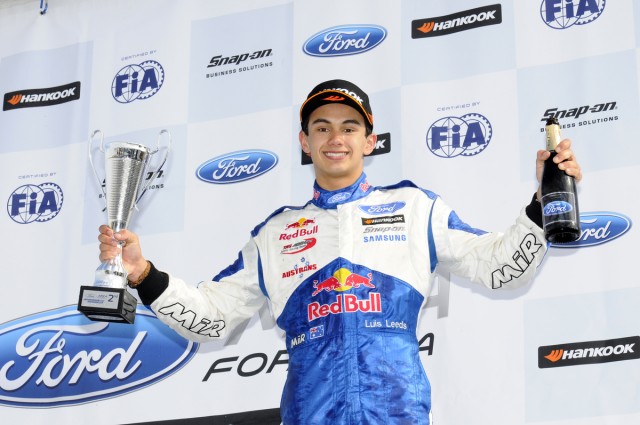 The Australian, who has been signed to Red Bull’s junior driver program, scored a fourth in the opening race of the junior single seater championship at Brands Hatch.

He left the meeting fifth in the series standings after scoring a ninth in race two, followed by a second place, 0.3s behind winner Petru Florescu in the final race.

Double R driver Goddard claimed three top 10 finishes with a fourth in Race 2 his best result, while Hayek, driving for Jamun, broke into the top 10 in the final heat at the Kent circuit.

Carlin’s Florescu scored two race wins while Sennan Fielding took the honours in the other encounter.

The championship heads to Donington Park for the second round from April 16-17.