Home » Features » Pirtek Poll » POLL: Who impressed you most at Symmons? 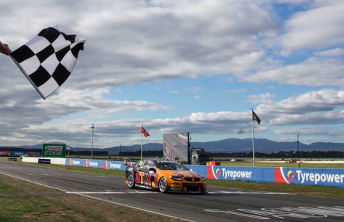 Will Davison takes victory in Race 5

Which driver impressed you most at the Tyrepower Tasmania Super Sprint?

Read through our short list of contenders and cast your vote on the Pirtek Poll below.

Brushed aside the shock pre-event exit of team manager Steve Hallam in the best possible manner with a major uplift in performance.

Had both raw pace and strong tyre life all weekend, starting and finishing third on Saturday for his first podium with Tekno.

Unlucky to lose a hard won pole on Sunday due to a dubious blocking penalty, but enjoyed a reversal of fortunes when the late Race 5 chaos turned another likely third into a win.

The star of much of the weekend as he carried on an outstanding opening to his tenure at Red Bull Racing Australia.

Qualified in the top three for both races and won on Saturday despite falling behind team-mate Jamie Whincup in the pitstops.

Showed his renowned race craft during a heated battle with Mark Winterbottom in Race 5 only to misjudge the Turn 4 oil in the dying laps, souring an otherwise stellar weekend.

Bounced back strongly from a lacklustre Adelaide to lead the Prodrive charge, topping Friday practice and scoring two pole positions.

Made solid starts to lead the early stages of both races, but made a crucial error by misjudging the pit box during his early stop in Race 4.

Held his own in the battle with Van Gisbergen on Sunday and did well to avoid the gravel after hitting the Turn 4 oil slick, losing just one place in the drama to finish third. 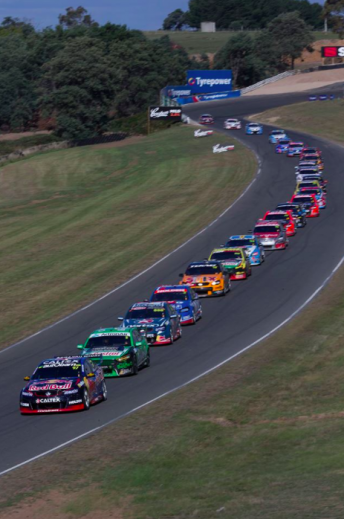 Moved to second in the standings with mature drives to fifth and second across the two races.

Appeared to have the car to score pole on Saturday before a mistake on his second tyre set, while 11th in Sunday qualifying looked a major setback.

Jumped to fourth thanks to the early Safety Car and would have been in line for victory amid the late chaos if not for a charging Davison.

Again proved his quality by being head and shoulders above his Nissan team-mates throughout the weekend.

Saturday’s sixth on the grid proved 14 places higher than the next Nissan; a starting spot he turned into a fourth place finish.

Spent a significant portion of Sunday’s race in the top five thanks to a fortunate early strategy play, only to eventually fall foul of brake problems.

Second in practice on Friday and qualified in the top dozen for both races on a circuit that the 20-year-old rookie had never previously driven in a V8 Supercar.

Made progress late in Race 4 to finish seventh and was running sixth early in Race 5 before the Safety Car forced a double-stack behind Winterbottom, ruining any chance of a top result.

Slid down the championship standings after engine problems scuppered any chance of points, but can take great encouragement from strong speed and race craft.

Ended qualifying fourth on Saturday and fifth on Sunday, less than 0.2s from pole on each occasion.

Fell to 12th and ninth in the races, but overall exceeded expectations following a tough slog at Adelaide and Albert Park.

Previous Story Davison: Consistency the next step for Tekno