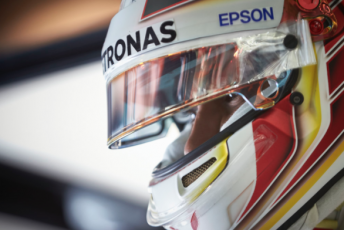 Lewis Hamilton believes the damage incurred from an opening lap clash with Valtteri Bottas left him unable to challenge Kimi Raikkonen for second.

The reigning world champion dropped from pole position to eighth on the opening lap when Bottas’ Wiliams made contact with the Mercedes driver at the first corner.

The impact inflicted significant damage to the floor on the right side of Hamilton’s Mercedes but the Brit was able to recover to finish third, behind team-mate Nico Rosberg and the Ferrari of Raikkonen.

While pleased to reach the finish, Hamilton felt it was impossible to catch Raikkonen due to the damage sustained on the car.

Hamilton described the clash, which saw Bottas incur a drive-through penalty, as a ‘racing incident’.

“Obviously I lost a lot of performance in the car,” said Hamilton.

“I had so much damage on the car I couldn’t keep up with Kimi. I did what I could with it, I was trying to keep the tyres.

“I am not sure what happened at Turn 1, whoever was on inside was in my blind spot, I didn’t see them, but it was a racing incident.

“It was in the blind spot, I don’t know what happened. We could keep going, and I managed to continue and still had some performance in the car.”

Rosberg’s victory has seen the German open up a 17 point lead in the championship standings but Hamilton says he isn’t concerned by the deficit.

“We still managed to get back up there and at least get some points, so damage limitation,” added Hamilton.

“I am glad it is more points and I am glad I finished the race.

“It is 17 points now but there is a long way to go. I have come back from worse. I feel chilled.”