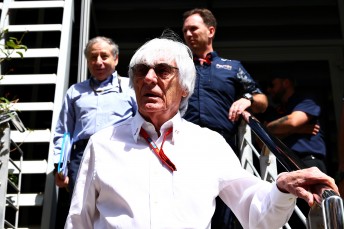 Formula 1 teams will evaluate a new qualifying concept proposed by the FIA following a meeting prior to the Bahrain Grand Prix.

Discussions included the possibility of reverting to the 2015 qualifying format but this was rejected by Todt and Ecclestone.

Instead a compromise was tabled by the FIA which teams will now evaluate before a meeting on Thursday, where it is hoped a decision will be made.

The details of the new format are yet to be revealed although it has been reported the proposal could be based on aggregate lap times.

While a decision on the future qualifying format was not reached, all parties agreed that the current elimination concept is not fit for purpose.

“There is an unwillingness from the promoter and FIA to go back to 2015,” Red Bull boss Christian Horner told the BBC.

“The teams would go back. A compromise has been put on the table now for the teams to consider.

“Let’s have a look at what’s been out on the table today.