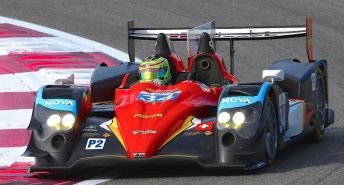 The Australian-based Brit will team up with the Swiss squad for June’s French endurance classic alongside a tilt at the European Le Mans Series.

Winslow, who won Australian F3 titles in 2008 and 2012, has switched his attention to sportscars with successful spells in the Asian Le Mans Series, followed by appearances for Algarve Pro Racing in the European Le Mans Series last year.

The 32-year-old will pilot a ORECA Judd alongside two yet-to-be confirmed team-mates.

This year’s Le Mans 24 Hours will be Winslow’s second start in the famous race following his debut in 2014 for Greaves Motorsport.

Winslow jumped behind the wheel of the car for the first time at last week’s FIA World Endurance Championship prologue at the Paul Ricard circuit.

“The opportunity to race at the Le Mans 24 Hours again is a special one for me,” Winslow told Speedcafe.com.

“It’s where I always wanted my career to go, after a great debut in 2014 I’m keen to keep building on the amazing last two years towards LMP1.

“The last two years in LMP in ELMS and AsLMS has been great for me and I just love driving these cars.”

Winslow will join up with the Race Performance squad for the European Le Mans Series opener at Silverstone from April 15-17.