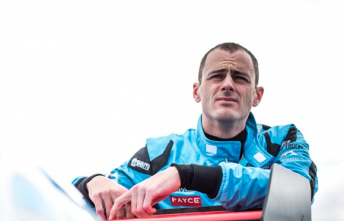 David Wall is set for an emotional one-off Sports Sedans entry in this weekend’s Des Wall Memorial race at Sandown named in honour of his late father.

Launched in 2013, the race was established to commemorate Sports Sedan racer Des Wall, who lost a battle with cancer in 2012.

The Des Wall Trophy is awarded to the winner of the final race from the Sports Sedan season opener.

This weekend’s meeting will be made even more poignant for Wall with the former V8 Supercars full-timer due to drive the Corvette his dad piloted to the 2009 Sports Sedan title.

The car, which has not turned a wheel since Des last drove it, has been given a fresh livery thanks to backing from Shannons Insurance. 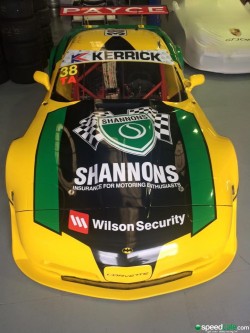 “It is going to be an emotional weekend but to run dad’s car is obviously a very cool thing,” Wall told Speedcafe.com.

“To be able to come back and enjoy driving these cars again, which are arguably some of the fastest in the country, is going to be enjoyable.

“I don’t know how we are going to go. The car has not turned a wheel in anger since 2012 since we lost dad.

“Hopefully it all goes ok. I have never driven it so we will see how we go.”

“I’ve always enjoyed driving the cars but Shannons has really made this possible. To have them on the car is a big thing along with PAYCE and Wilson Security.”

Although unsure how he will fare against the likes of reigning Sports Sedan champion Tony Ricciardello and Jack Perkins, who will drive John Gourlay’s Audi, Wall admitted victory would be a huge honour.

“It would mean everything to win it,” added Wall.

“We are here to try and do that but obviously I’m very realistic about the weekend too. There are four at the front before you get going that will be fast and know what they sitting it.

“We will do our one thing and see where we pop out, and if we can be in the mix that would be great.”