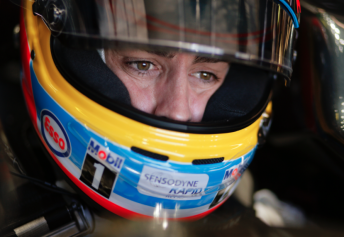 The FIA announced yesterday that the double world champion had failed a medical examination at the Sakhir circuit following a spectacular crash during the Australian Grand Prix.

While the McLaren driver walked away from the incident at Albert Park, Alonso announced in an FIA press conference that he had suffered a broken rib and a pneumothorax, an air cavity in between his lung and chest.

McLaren will call upon reserve driver Stoffel Vandoorne to replace the Spaniard this weekend, which will see the Belgian make his maiden F1 start.

“The risk is driving because in F1 there is a unique position in the car and with the g-forces the fracture could move into the lung as well,” said Alonso.

“This is not a broken leg or a broken arm where you can deal with pain.

“This is in the chest where there are some organs.

“The problem is the rib (damage) is too fresh, and still not completely improved.

“The risks are small but we all want zero risk.

“I respect the decision. It has been some painful days with some pain at home, but I was ready to work with this pain somehow in the car and make sure I could race because at the end of the day the pain is manageable if you don’t think so much.”

Alonso will undergo a further chest scan to determine his fitness to compete in the Chinese Grand Prix later this month.