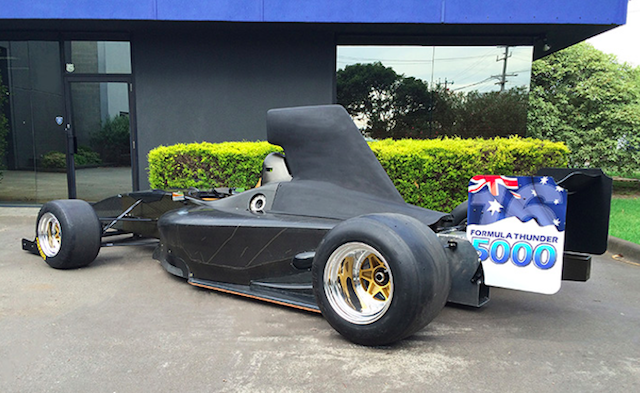 Moves are underway to establish a modern version of Formula 5000 in Australia and New Zealand.

The brainchild of historic Formula 5000 racer Chris Lambden, the proposed category has been dubbed Formula Thunder 5000.

It will utilise a Swift-designed, Australian-built evolution of a chassis originally created for Formula Nippon, fitted with a locally developed 5.0 litre Ford Coyote based V8 engine.

A prototype car is currently in the final stage of build at Borland Racing Developments’ workshop in Melbourne ahead of initial track testing.

Working on the project for almost two years, Lambden hopes that today’s public launch will draw firm orders for cars, which are expected to cost around $240,000 each.

The category’s centrepiece will likely be a seven-round Tasman Series across New Zealand and Australia each December/January.

“Ever since I had the opportunity to race a historic F5000 car myself, everywhere we went, the reaction was the same,” explained Lambden of his reason behind creating the class.

“That is, that this was the best thing ever in Australian motorsport and what a shame there wasn’t something like it now.

“I eventually started to take that on board and decided to see if there was any way a sensibly cost-controlled, modern version of the greatest openwheeler formula in Australia’s motorsport history, outside of F1, might be possible – and that’s what I believe we’ve come up with.

“Hopefully, a new generation of talented young drivers will get to experience the kind of mind-blowing performance that Alan Jones, Kevin Bartlett, Warwick Brown, Frank Matich, and the other stars of that 70s generation did … and which motorsport fans loved.

“The FT5000 car will be a seriously challenging, powerful, fast, openwheeler race car to drive and the sight and sound of a grid full of them getting off the line should be awesome.”

Although relatively tame aerodynamically for modern standards, the new cars are expected to lap quicker than the originals, one of which currently holds the outright lap record at Sandown.

Stressing a focus on low costs and close competition, Lambden has utilised a number of Australian companies to put together the technical package, which will be frozen for at least the first four seasons.

Power will be fed to the road through a six-speed sequential Holinger gearbox, while Oscar Fiorinotto’s Adelaide-based SupaShock will supply the control dampers.

The carbon fibre elements of the chassis are meanwhile being done in Melbourne by ex-McLaren Formula 1 engineer Lee Cason.

Wheels are being supplied by New Zealand-based Arrow, while tyres are being specifically made for the category by Chinese giant Giti.

Never entertaining designing a chassis for the class from scratch due to costs, Lambden says the deal with Swift to acquire the ex-Nippon design and manufacturing tools was a vital step.

“In reality, has allowed the project to proceed,” he said of the deal.

“The design is fully FIA crash-test compliant, so it’s right up there in terms of safety standards – and it’s a cool-looking car.

“We wanted to create a car which would provide a challenge.

Lambden says that FT5000 will likely run at standalone race meetings over the summer, with particularly strong support expected from the enthusiastic Kiwi racing community.

“While there will undoubtedly be a few one-off events through the regular Australian motorsport season, the desire to focus on a December/January summer Tasman series was logical,” he said.

“Apart from separating what we’re doing from that regular Australian domestic season, which should allow teams with existing ‘infrastructure’ to relatively easily take part, we’re hoping it will also attract drivers, and teams from the northern hemisphere – much like NZ’s TRS (Toyota Racing Series).

“There’s no clash between the two. We have specifically set an 18 year-old age minimum for FT5000, to emphasise that it’s not a development category, but something for drivers to take on once they’ve got that bit more experience.”

Lambden says that CAMS has been supportive of his plans for the class, which will officially run under the generic ‘Formula Libre’ openwheel classification. 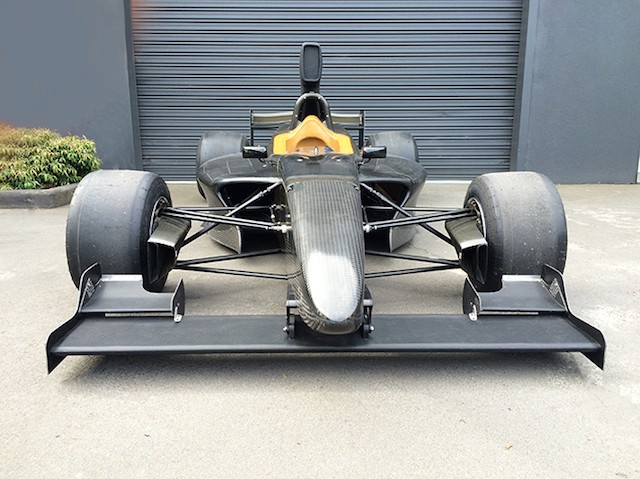 The cars will utilise a Swift chassis designed for Formula Nippon 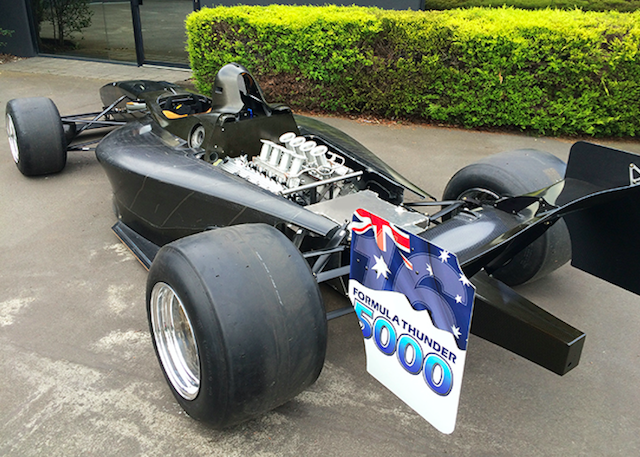 The cars will be fitted with 5.0 litre Ford V8s The Coyote engines are being developed by Roger Higgins