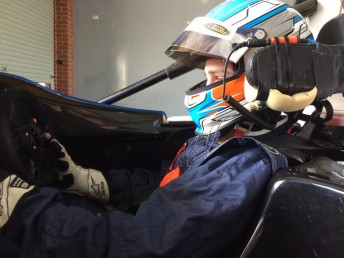 AGI Sport has confirmed it will field an entry for Josh Conroy in the opening round of the CAMS Jayco Australian Formula 4 Championship at Symmons Plains.

The 19-year-old will join the New South Wales operation alongside its already confirmed drivers Jack Smith and Nick Rowe for this weekend’s curtain raiser.

“I’m taking this opportunity to put a toe in the water in a national open wheel category having stepped out of a Radical competing at NSW State level,” said Conroy.

“‘I’m confident I can learn the car quickly due to my race car engineering experience particularly being involved with Japanese Super Formula.”

Conroy’s arrival could see AGI Sport run four cars this weekend if a deal can be reached with Declan Fraser.

The karter was listed on nine car entry list published by the championship yesterday.