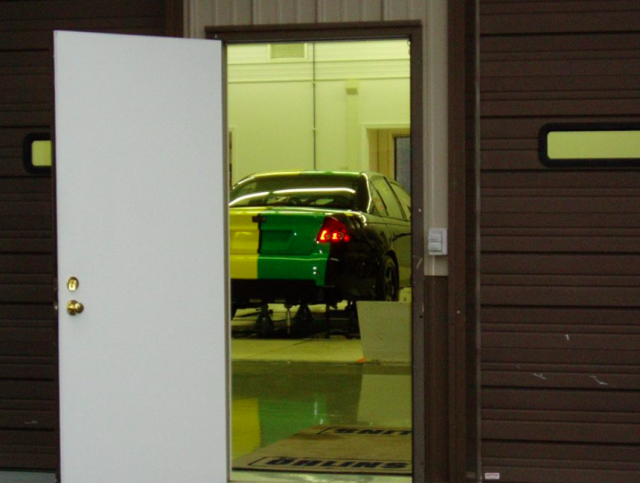 A new web page dedicated to the history of Perkins Engineering has revealed a secret testing trip by the former V8 Supercars team to the United States.

The Facebook page has been created by Jack Perkins, son of Perkins Engineering founder and six-time Bathurst winner Larry.

A keen student of the sport and particularly his father’s legendary team, Perkins says that behind-the-scenes glimpses of the company’s history will be added to the page on a regular basis.

Perkins’ team ran in the ATCC/V8 Supercars Championship from 1986 to 2008, when it was sold to the Kelly family in what is now operated as Nissan Motorsport. 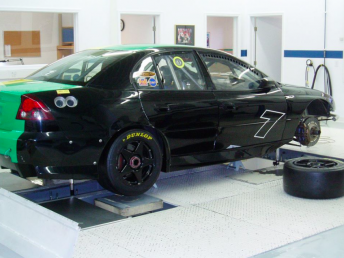 Among the first images shared by the new page are those of a Perkins V8 Supercar, PE 041, being tested on a seven-post shaker rig in the US in the 2005/06 off-season.

The car was dispatched in secret to the Ohlins-owned facility in Hensonville, North Carolina in a bid to boost the squad’s suspension program.

Although the practice has been long since banned on cost grounds, several teams are known to have sent cars overseas during the 2000s to run on either shaker rigs or in wind tunnels.

Rules preventing the testing of V8 Supercars overseas hit the headlines as recently as 2014 following moves from Team Penske to dispatch a Falcon to the US.

Chassis are affixed at seven points to the shaker rigs, while four hydraulic actuators apply forces to the wheels and three directly to the chassis according to specific previously recorded circuit data.

Jack Perkins was part of a three-man contingent to head to the US to test with PE 041 and says that the process brought significant gains.

“When Jack Daniel’s came onboard there was good funding to move the team forward and we were looking at all ways we could improve performance,” he recalled.

“It was an area that the engineers had pin-pointed that we wanted to focus on, because the suspension development across the category was enormous at that time.

“We sea-freighted the car over after the last race of the season and three of us loyal guys that we knew weren’t going to tell anyone about it flew over. 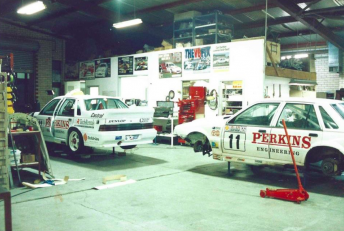 “They were three massive days. On one day we did 268 changes, which meant jacking the car up, making a tweak and putting it back down.

“But it was cool to watch what the car was doing, simulating going through corners and seeing the load transfers.

“We took a lot of video of how the anti-rollbars were working and everything else.

“I think we made substantial gains out of that whole program, but I’m sure other teams were doing it too. We had to do it to keep up.”

PE 041 is especially important to the Perkins family, having acted as Larry’s last Bathurst 1000 car in 2003 and Jack’s first three years later.

Jack has been slowly restoring the car to its 2003 specification over recent years.

The Holden Racing Team endurance co-driver will be in action this weekend at Sandown, racing John Gourlay’s Audi-Chev in the Kerrick Sports Sedan Series opener.