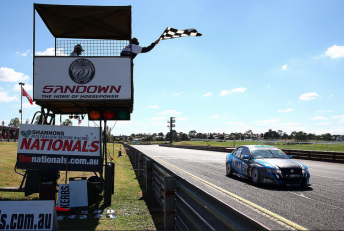 Sandown will host the opening round of the Shannons Nationals

CAMS has released the entry lists for the opening round of the Shannons Nationals at Sandown this weekend.

Touring Car Masters rejoins the Shannons Nationals bill for the first of two rounds this season with 20 cars set to do battle.

Greg Ritter heads into the meeting as the man in form after scoring two wins from the opening three races at the Clipsal 500.

He will be joined at the sharp end by reigning champion John Bowe, Jim Richards, Glenn Seton and Steven Johnson, who returns behind the wheel of Tony Karanfilovski’s XY GTHO Ford.

The Porsche GT3 Cup Challenge has attracted a 17 car entry for the opening round of the season which will see last year’s winner Ryan Simpson return to defend his title.

Sandown is expected to see John Goodacre chalk up his 100th start while the venue will see Jamey Blaikie Scholarship recipient Jake Klarich make his debut.

An 18 car grid has already been confirmed for the Kumho V8 Touring Car Series which will see the series open its doors to the VE Commodore and the FG Falcon for the first time.

Nine competitors have taken advantage of the new regulations with Brad Jones Racing making a maiden foray into the series through ex-karter Josh Smith, while Emily Duggan will become the first female to race in the class.

The newly created Australian GT Trophy Series has assembled a 17 car grid for its inaugural round.

The entry is completed by a 17 car line-up for the Sports Racers.

Practice for the opening round of the Shannons Nationals begins on Friday.