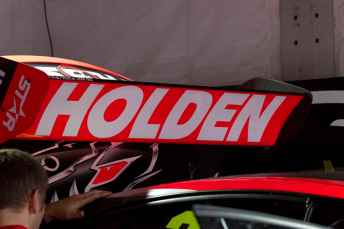 Holden is on the verge of its 500th win

Holden is closing in on another milestone as the V8 Supercars Championship heads to Symmons Plains this weekend.

The manufacturer is on the verge of claiming its 500th championship Australian Touring Car Championship (ATCC)/V8 Supercars Championship race win.

Holden has been an ever present part of the ATCC scoring its first championship race win in 1969 when Norm Beechey took victory at Surfers Paradise behind the wheel of a Holden Monaro.

After Nick Percat delivered the marque’s 499th win at the Clipsal 500, the form book suggests the milestone will be reached at Symmons Plains this weekend, with Holden unbeaten at the venue in a run of 10 races stretching back to 2012.

Whincup’s team-mate Shane van Gisbergen added his name to the winners list in the non-championship Albert Park sprints, while a host of others including Craig Lowndes and Garth Tander have also shown strong speed.