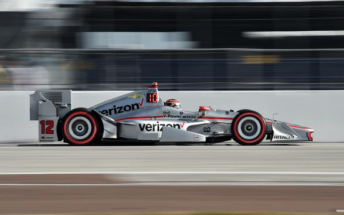 Will Power enjoyed a trouble-free return to IndyCar after completing a private test at Barber Motorsport Park.

The 2014 IndyCar Series champion was sidelined from the season opening St Petersburg race on medical grounds after suffering concussion symptoms, including nausea, headaches and neck stiffness, caused by an inner-ear infection.

Power, who suffered a crash in practice, had claimed pole position for the race before being forced to sit out.

After extensive tests doctors confirmed that Power had not suffered a concussion and cleared him to return to the cockpit on Tuesday.

Power admitted he was glad to return to action as he worked through a planned test program by his Penske crew.

“It was basically a combination of getting back in the car with the race coming up. It all helps out. I know this track like the back of my hand.”

Power is expected to return to competitive action at Phoenix next weekend.

Next Story KVSH to power on despite transporter fire