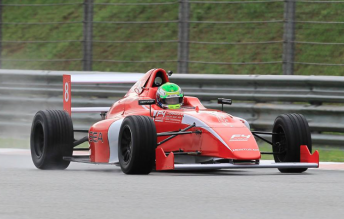 The French manufacturer will supply its newly designed F4R power unit, which will be fitted to the championship’s FIA F4 homologated Mygale chassis.

Renault’s new unit has undergone extensive testing including an outing at Malaysia’s Sepang circuit, which will host the opening round of the new championship from August 6-7.

“We had to match a very tight specification list and are 100% satisfied with the outcome,” said Renault Sport Racing’s Jean-Pascal Dauce.

“The global environment and success of the FIA Formula 4 pushed Renault to launch the new F4R engine for 2016 and we are proud to have Formula 4 South East Asia as our first global client.”