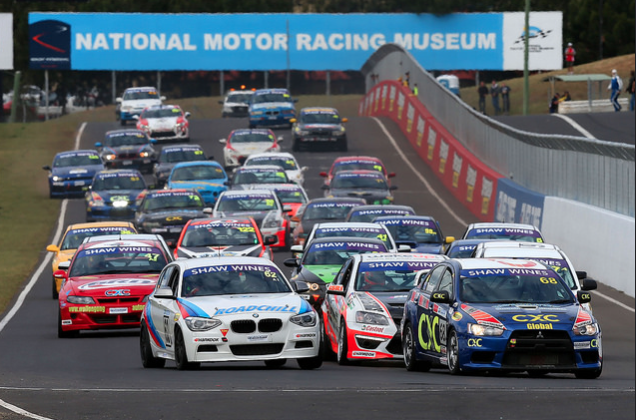 James O’Brien hopes the inaugural Bathurst 6 Hour can provide the catalyst for growth in production car racing in Australia.

This weekend will see a bumper 50 car field tackle the latest endurance event at the famous Mount Panorama circuit which headlines the annual Bathurst Motor Festival.

Forged by O’Brien, who oversaw the Bathurst 12 Hour become a leading global GT3 event, the maiden Bathurst 6 Hour has produced a competitive field of production racers poised to do battle on the mountain.

Production car racing at Mount Panorama has a rich history with the Bathurst 12 Hour designated for this discipline up until 2011.

However, the growth of the Bathurst 12 Hour and GT3 racing has seen production entries dwindle prompting the introduction of the new production car race.

While the event is in its infancy, O’Brien is setting his sights on growing the race to become the jewel in the crown of production car racing, which he hopes will spark a boom period for the category.

“I would like it to be known as the centrepiece of production car racing in Australia,” event director O’Brien told Speedcafe.com.

“I hope it can be the catalyst for the Australian Production Car Championship to get back where it should be as it has been very average show for a few years now.

“If it brings more cars into production car racing on a national level it could then pique manufacturer interest and then we will have a strong production car championship.

“I hope this race can become the jewel in the crown of production car racing just as the Bathurst 12 Hour is for GT3 racing in Australia. GT3 racing grew significantly off the back of the 12 hour.”

This year’s event has not struggled to attract entries with a 50 car grid assembled, which comprises eight classes with 13 manufacturers represented.

Amongst the runners is V8 Supercars star Chaz Mostert who will return to the mountain for the first time since his horrific crash in qualifying for October’s Bathurst 1000.

The Prodrive Racing driver has since recovered from a broken leg, wrist and knee ligament damage sustained in the crash to partner Nathan Morcom in a Class B1 BMW 335i for the event.

The Bathurst 6 Hour will begin today with two 50 minute practice sessions. The race is scheduled to begin on Sunday from midday local time.