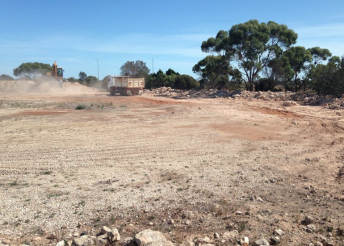 Construction has started on the new SA Motorsport Park circuit

Led by South Australian businessman Sam Shahin, plans have been finalised to build a 7.2km circuit featuring several layouts, which is intended to open in 2017.

SA Motorsport has already staked a claim to host a V8 Supercars event alongside Adelaide’s Clipsal 500, while it has also targeted a possible MotoGP race. 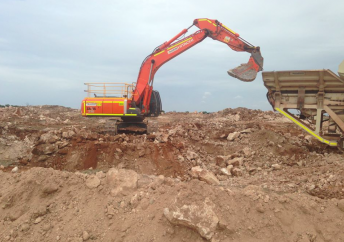 The venue will include a 7.2km international circuit

“I’ve only been on board for a little over a month, yet I already feel a huge sense of pride to be a part of this development,” said White.

“Every day I come in to the office is a thrill. There is a huge amount of work ahead of us, but the place is buzzing with excitement.

“The fact this project has now turned dirt is a testament to the hard working team behind the scenes who, for years, have been doing the hard yards.

“Literally, the hours that have gone into planning and design is immeasurable.

“This initial work is a small glimpse into what will become a mega construction site over the next month or two.

“It won’t be until we’re in full swing that people will get a try understanding of the scale of this project.”