Toyota has launched its new LMP1 challenger designed to propel the Japanese manufacturer back to the front of the FIA World Endurance Championship.

After a difficult 2015 campaign which saw the TS040 struggle to compete with Porsche and Audi, Toyota has made significant changes to its new-for-2016 TS050.

The manufacturer claims the switch to a turbo engine is better suited to the new WEC regulations which limit fuel flow to the engine.

Toyota will also move up to the 8MJ class following a change of hybrid system, with a battery storage concept replacing the super capacitor used last season.

The TS050 chassis has undergone a complete redesign compared to its predecessor, while the transmission has been upgraded alongside a new aerodynamic approach.

“This is a very exciting season for Toyota Gazoo Racing, particularly because we have a completely new car with a new powertrain concept,” said Team President, Toshio Sato,

“This reflects the current trend in road cars and gives us more opportunities to transfer know-how and technology into Toyota’s road car developments.

“Our WEC activities are motivated by the development of technology and people; we are already seeing the results of our activities in current road cars.

“But as well as helping Toyota to make ever-better cars, we also want to win.

“Our clear target this year is to compete again at the front, after a very disappointing 2015 season.

“In Higashi-Fuji and Cologne, there has been a huge effort to prepare for this season; everyone is highly motivated and pushing together to get back onto the centre of the podium.”

Toyota’s TS050 will join Porsche and Audi at the FIA WEC prologue at France’s Paul Ricard circuit on Friday and Saturday. 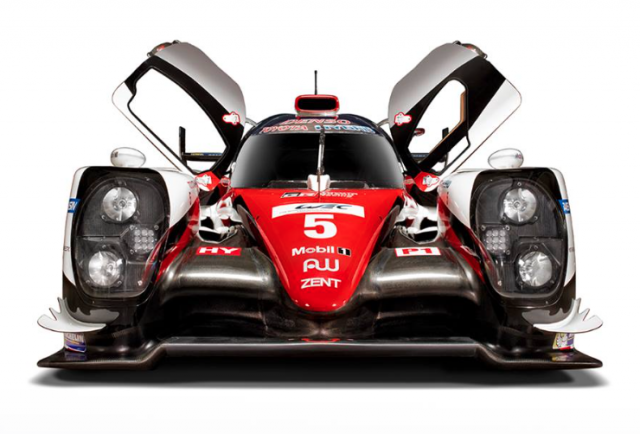