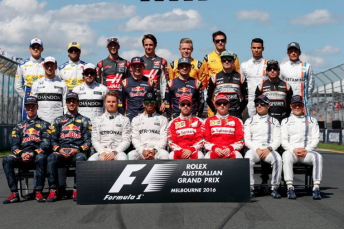 Leading Formula 1 drivers have requested the sport undergo a series of reforms in its rule making process after labelling the current governance ‘obsolete’ and ‘ill-structured’.

Motor racing’s pinnacle has attracted criticism following the introduction of a raft of new regulations, with the latest being the controversial elimination qualifying format.

Such was the embarrassment of the concept teams voted to scrap the format less than 24 hours after its Albert Park debut.

It now seems a revamped elimination qualifying could appear at the Bahrain Grand Prix.

After a number of drivers have spoken against F1 in the lead up and after last weekend’s Australian Grand Prix, the Grand Prix Drivers’ Association has drafted an open letter to F1’s power brokers.

Signed by GPDA directors Jenson Button, Sebastian Vettel and chairman Alexander Wurz, the letter calls for changes amid fears for the sport’s future.

The GPDA statement comes after claims that drivers are not involved enough in the rule making procedure and future direction of F1.

“Formula 1 is currently challenged by a difficult global economic environment, a swift change in fan and consumer behaviour, and a decisive shift in the TV and media landscape,” read the letter.

“This makes it fundamental that the sport’s leaders make smart and well-considered adjustments.

“We feel that some recent rule changes – on both the sporting and technical side, and including some business decisions – are disruptive, do not address the bigger issues our sport is facing and in some cases could jeopardise its future success.

“We know that among the leaders of the sport – be it the owners, their representatives, the governing body, the teams or other stakeholders – every individual acts with the very best intentions.

“Therefore, the drivers have come to the conclusion that the decision-making process in the sport is obsolete and ill-structured and prevents progress being made.

“Indeed, it can sometimes lead to just the opposite, a gridlock.

“This reflects negatively on our sport, prevents it being fit for the next generation of fans and compromises future global growth.

“We would like to request and urge the owners and all stakeholders of Formula 1 to consider restructuring its own governance.

“The future directions and decisions of F1, be they short or long term, sporting, technical or business orientated should be based on a clear master plan. Such plan should reflect the principles and core values of Formula 1.

“We need to ensure that F1 remains a sport, a closely-fought competition between the best drivers in extraordinary machines on the coolest race tracks.

“F1 should be home only to the best teams, drivers and circuits, with partners and suppliers fit for such an elite championship.

“Formula 1 has undoubtedly established itself as the pinnacle of motorsport and as such one of the most viewed and popular sports around the world.

“We drivers stand united, offer our help and support for F1 to keep it as such, and further to make it fit and exciting for many years and generations to come.

“It is important to state that this open letter is intended in the best interests of all and should not be seen as blind and disrespectful attack.

“Thank you for your attention and granting us the liberty to put our thoughts into words.”

The sport’s chiefs are yet to respond to the letter.