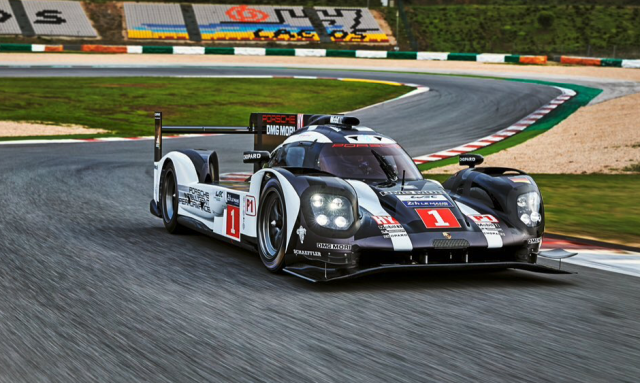 Porsche has released the first images of its latest World Endurance Championship contender ahead of this week’s prologue event at the Paul Ricard circuit.

The German marque dominated the championship last season, winning the drivers’ crown with Mark Webber, Brendon Hartley and Timo Bernhard, while taking out the manufacturers’ title after recording six wins from eight races.

Aiming to defend its titles, Porsche has refined its 919 hybrid, which is widely regarded as one the most technically advanced race cars ever produced.

This season Porsche has developed three aerodynamic packages to use for the upcoming campaign.

A high downforce pack will be utilised for the opening round at Silverstone with a lower drag kit planned for Le Mans, before using a third high downforce model for the remaining races.

According to Porsche, the weight of the 2.0 litre four cylinder turbo petrol engine has been reduced, the fuel consumption improved and the 919’s impressive hybrid system optimised.

This will combine with a new front axle which delivers the hybrid power stored in lithium-ion battery cells.

A second energy recovery system is installed in the exhaust tract, where the exhaust-gas stream drives a second turbine in parallel with the turbocharger.

“For 2016, also the components of the electric drive have become even more powerful and efficient,” read a press release from Porsche.

“That applies for the optimised electric motor at the front axle, the power electronics and the new generation of lithium-ion battery cells in the in-house developed battery.

“A new front axle allows for more set-up options, while the intense tyre development with partner Michelin made a refined overall set-up for the new 919 Hybrid possible.”

To comply with the championship’s new 2016 regulations, Porsche has worked on improving the efficiency of its V4 petrol engine.

“Last season, the output of the combustion engine was well above 500 hp. But the 2016 regulations stipulate a lower amount of energy from fuel per lap and reduce the maximum fuel flow for prototypes,” the release continued.

“In this way, the regulations prevent the LMP1 cars from becoming increasingly faster, yet at the same time fuel the engineers’ efforts to generate more power from increasingly less fuel.

“For the 919, this means around eight per cent less fuel and power. In other words: ten megajoules less energy per Le Mans lap from the fuel. That costs about four seconds for every 13.629-kilometre Le Mans lap.

“Through the new restrictions, the combustion engine has dropped to below 500 hp.”

Porsche will field an unchanged driver line-up for the 2016 campaign with Webber, Hartley and Bernhard combining in the #1 entry, while there sister #2 entry will be driven by  Romain Dumas, Marc Lieb and Neel Jani.

Porsche will run its 919 Hybrid at the prologue event on Friday and Saturday. 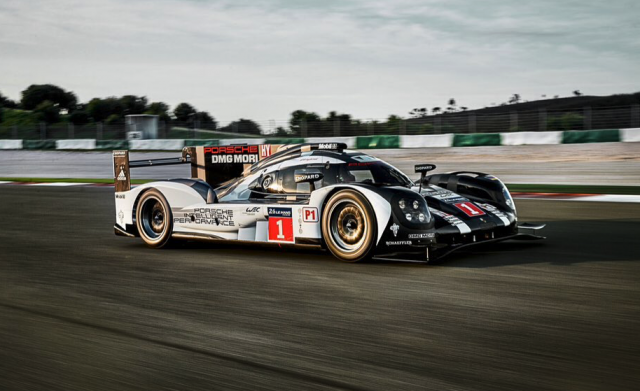