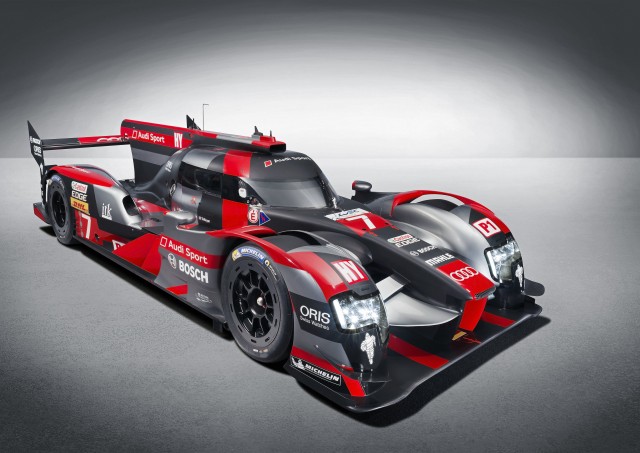 Audi has officially taken the covers off its R18 LMP1 challenger it hopes will take the fight to reigning champions Porsche in the FIA World Endurance Championship.

The Ingolstadt manufacturer revealed the details of its all-new LMP1 car including its new silver, black and red livery following an online launch.

Audi has spent the off-season pouring its resources into the latest R18 resulting ins several changes from its predecessor.

Significant changes have been made to the car’s hybrid system ahead of its move to the six megajoule class for 2016.

The flywheel energy storage system used last season has been replaced by the same lithium-ion battery concept utilised by Porsche.

Following the change of megajoule class the R18 will now recover 50 percent more energy which is harnessed from the front axle only.

“The result is a race car that manages energy even more effectively than before. This is an objective we’re pursuing for our road-going automobiles as well,” says Head of Audi Motorsport Dr. Wolfgang Ullrich.

The R18 will continue to be powered by a V6 turbo diesel engine although it has been revised too.

As a result, Audi says the R18 will produce more in excess of 1000 horse power alongside its hybrid powertrain and is more efficient.

The car has also hit the minimum wight of 875kg despite utilising larger hybrid system.

The gearbox will feature six speeds instead of seven in a bid to save weight.

Aerodynamics have also been improved featuring a raised nose, a slimmer profile and an all-new front end.

“Our most important objective was to improve airflow.”

Audi will field two entires into the WEC this year with one piloted by Andre Lotterer, Benoit Treluyer and Marcel Fassler and the other driven by Loic Duval, Lucas di Grassi and Oliver Jarvis.

The German marque had already confirmed that it will cut back from its usual three entries into the Le Mans 24 Hours this year.

The car will make its debut at FIA WEC prologue at the Paul Ricard Circuit in France scheduled from March 25-26. 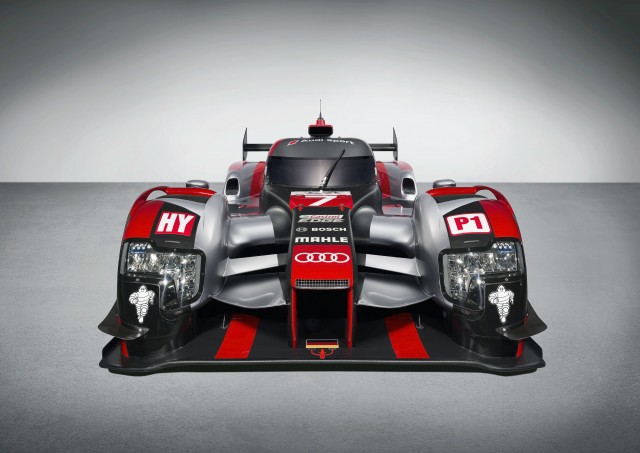