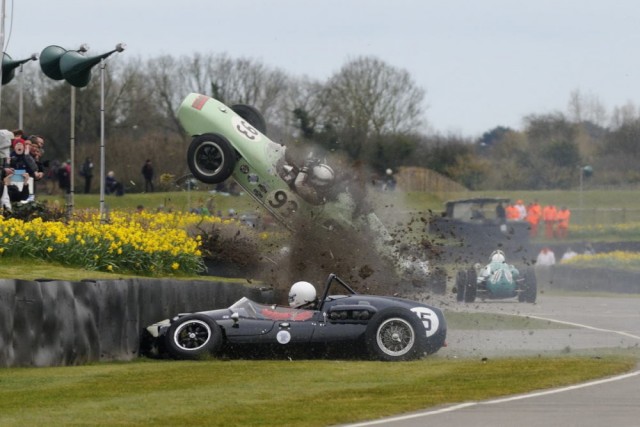 Video has emerged of a lucky escape at Goodwood in which a historic Formula 1 car flipped into a pedestrian tunnel during the weekend’s Members’ Meeting.

Sixty-year-old driver Stephen Bond sustained a broken collarbone after his 1961 Lotus 18 was clipped by an out-of-control Cooper T51 driven by rival Richard Wilson.

The contact sent Bond into an end-over-end flip that saw the Lotus end up in an empty pedestrian tunnel on the side of the circuit.

Organisers immediately brought a halt to the race, which was held for 1954-60 grand prix machinery.

The accident came on the same day that Fernando Alonso walked away from a frightening rollover in the season opening Australian Formula 1 Grand Prix.

Watch the dramatic amateur video below