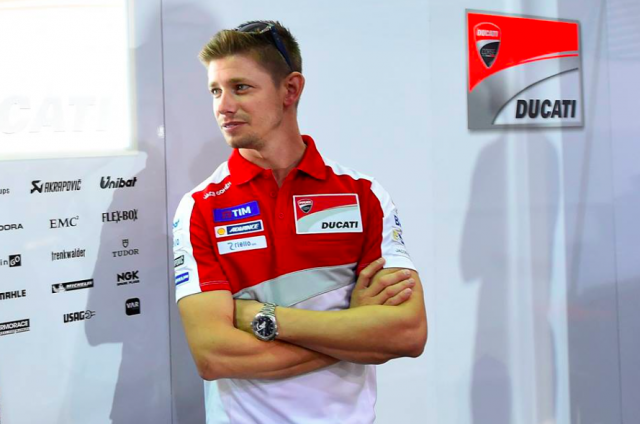 Casey Stoner has quashed speculation that he will replace injured Pramac Ducati rider Danilo Petrucci as the Australian continues test duties with the Italian marque.

A pre-season hand injury saw Petrucci sit out the weekend’s season opener in Qatar and will also likely have the Italian absent for a further two races.

While Stoner famously volunteered to replace an injured Dani Pedrosa at Honda last year only to be denied the opportunity by the team, the two-time world champion says he has not put his hand up for the Pramac seat.

“There’s no truth in that,” he told Crash.net of replacing Petrucci.

“Honestly my biggest goal at the moment is to get some tests out of the way and improve the bike for the Ducati riders and hope to help make them even more competitive than in race one.

“That is the most important thing. So no, we have no thoughts of wildcards or replacements.

“Just because it’s a similar situation to last year (with Honda), I’m not approaching it in any way the same.”

Fellow Ducati test rider Michele Pirro is instead expected to fill the void left by Petrucci, have already replaced his fellow Italian during pre-season testing.

Stoner is currently in the midst of a two-day post-race test in Qatar, where he is riding the 2016 Ducati for the first time.