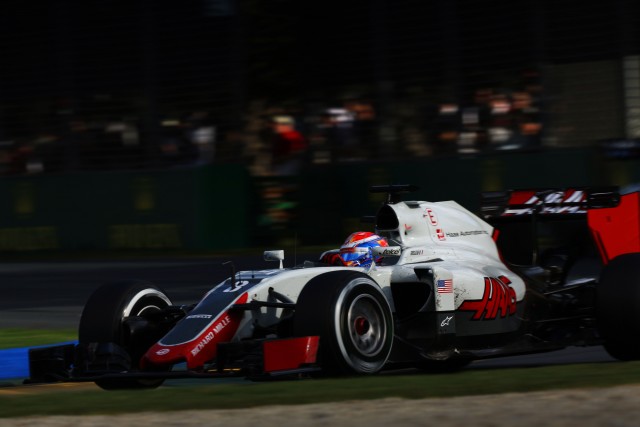 Romain Grosjean on his way to sixth at Albert Park

Romain Grosjean has taken out the maiden Driver of the Day award for his drive to sixth in Sunday’s Australian Grand Prix.

Formula 1 has introduced the initiative this season to enable more fan engagement, with a poll due to be cast on the sport’s official website after each race this year.

The Frenchman produced arguably one of his most impressive performances as he hauled himself from 19th on the grid to sixth on Haas F1’s debut.

The amount of votes Grosjean and his rivals received in the poll has not been revealed.

Gene Haas, the boss of the new American F1 operation, described the sixth place as ‘like a win’ as his team became the first all-new squad to score points on debut since Toyota in 2002.