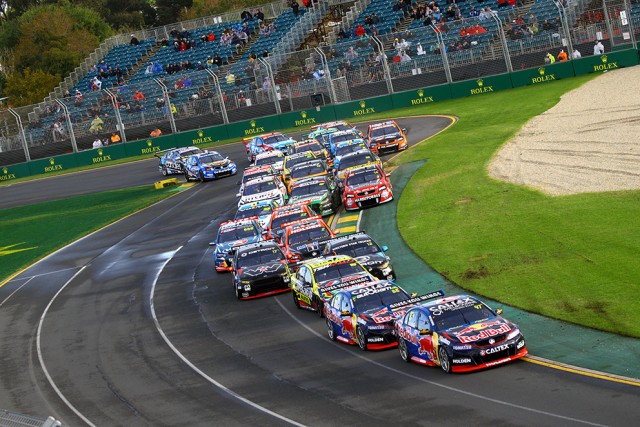 V8 Supercars will evaluate new tyre construction and compound options in May as it continues efforts to improve racing in the category.

Set to take place at Winton following the circuit’s championship event on May 20-22, the test will be run ahead of possible changes for 2017.

For the first time since the 18-inch Car of the Future tyre was formulated four years ago, Dunlop has produced a new construction for evaluation.

Dunlop motorsport manager Kevin Fitzsimons says that the company is keen to utilise the latest tyre technologies to benefit the category.

“We’re aiming to produce a tyre with better driveability to give the drivers more confidence and improve the racing.”

The new construction will be evaluated alongside a new soft compound option that could also be introduced next year.

“We will be gaining as much data on the new compound and the new construction as we can and then evaluating what is best for the category,” added Fitzsimons.

V8 Supercars ultimately elected to continue with the previous soft for this season, where only the high load Bathurst, Phillip Island and Pukekohe venues are the sole domain of the hards.

V8 Supercars is yet to confirm which driver and team it will utilise to run the Winton test.