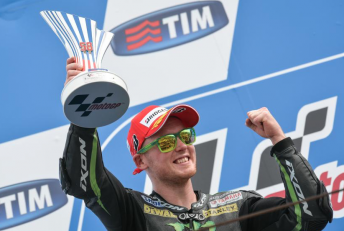 Bradley Smith will join the factory KTM operation for its voyage into MotoGP next season.

The Brit has penned a two-year deal with the squad which will see him leave the Tech 3 Yamaha after four seasons in motorcycling racing’s premier class.

Smith is the first rider confirmed by KTM ahead of the presentation of its new MotoGP challenger scheduled for August’s Austrian Grand Prix.

“By signing Bradley Smith as factory rider for two years we can now take the next step in the long journey to MotoGP,” said Beirer.

“At just 25, Bradley is competing in his fourth season in the premier class. He rode his way to second place in Misano and last season as overall sixth.

“He was clearly the best rider among all the customer teams.”

KTM is yet to reveal the identity of its second rider for the 2017 campaign.