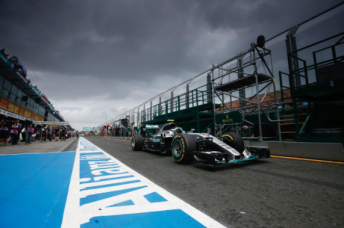 Formula 1 is set to ditch the elimination qualifying system

Formula 1 is set to revert to the previous qualifying format following an outpouring of criticism for the elimination system which debuted at the Australian Grand Prix.

The lacklustre display saw teams meet with the FIA at Albert Park on Sunday morning where it was unanimously agreed to scrap the new format and go back to last year’s procedure for the Bahrain Grand Prix (April 1-3).

The introduction of the elimination format was designed to liven up qualifying and shake up the grid.

However, qualifying ended without cars on track for the final three and half minutes as Lewis Hamilton’s rivals elected not to challenge the Brit in the closing stages.

“All the teams have unanimously agreed to change it, and I think it will happen,” Mercedes chief Niki Lauda told reporters.

“It was a quick decision. Nobody thought about all the consequences (of the new qualifying format).

“I think the consequences of yesterday were only negative. The best way is to understand this and go immediately back.

“There is no need to talk more about it. We need to apologise and go back to the old system.”

The move back to the old qualifying format will need to receive official ratification from the FIA and the F1 Commission.