The class photo of inaugural inductees and attending representatives 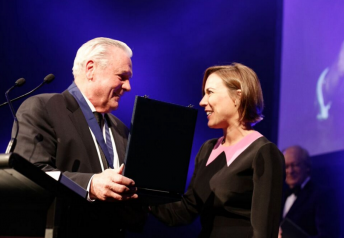 Thirty inductees spread across all facets of the sport were welcomed to the Hall of Fame in front of a packed function room at the Melbourne Exhibition Centre.

Event organisers Garry Connelly had the replica made to replace the original after it was famously stolen.

“I had no idea, honestly, it was such a shock,” Jones told Speedcafe.com of receiving the trophy. 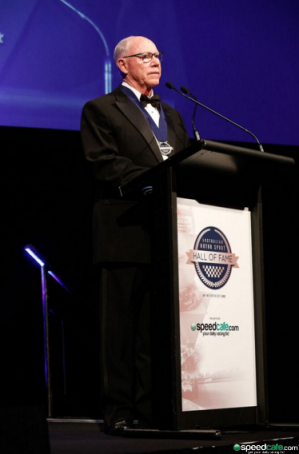 “To me it’s as good as the original. I can put it in the house and look at it and say ‘that’s my world championship’.”

Claire Williams, the daughter of team founder Frank, paid tribute to the role that Jones played in establishing the squad in Formula 1.

“Alan really is a hero at Williams,” she said. “He’s a role model for every Williams driver we’ve had since.”

Moffat made an emotional tribute to Brock during his acceptance speech, while also making special mention of former team-mate Colin Bond.

“Everyone thought we were great enemies but nothing could be further from the truth,” said Moffat of Brock.

“On the day he had his horrible accident (Brock’s death on Targa West in 2006) I got 55 calls from radio stations asking what had happened to Peter.

“What happened to him is that he’s gone to heaven.

“(Peter and Colin are) two great fellas that I’ll love for life.” 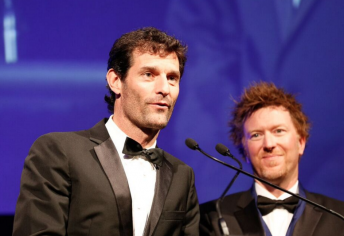 Current V8 Supercars star James Courtney was also inducted thanks to his two world karting titles earned in 1995 and 1997.

“I can’t believe that a little boy from Penrith can be mentioned in this sort of company,” he smiled.

While not among the inductees, nine-time Formula 1 grand prix winner and reigning World Endurance Championship title holder Mark Webber summed up the sentiment from the evening.

“The Hall of Fame is sensational,” said Webber.

“It’s crucial that we have two and four wheels together. I had a lot of posters on my wall of two wheels as well as four.

“The motto out of the night for me is that we’re all just Aussie battlers having a crack.” 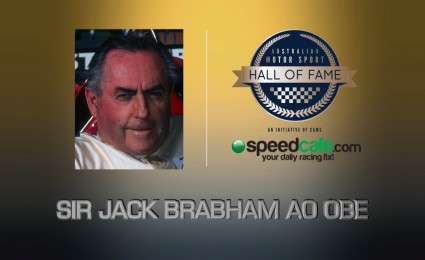