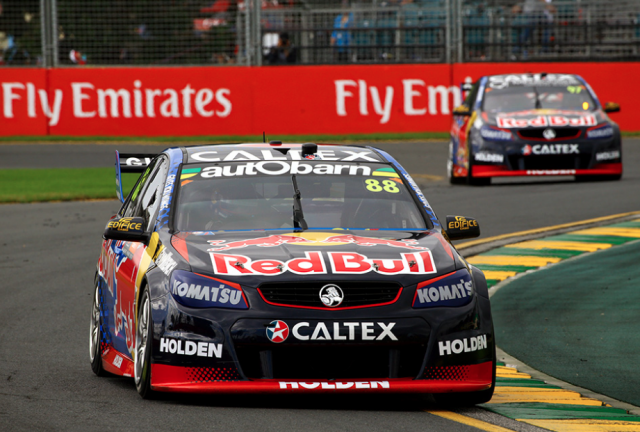 Jamie Whincup has been given a $3,000 fine for performing a burnout after victory in today’s non championship V8 Supercars race at Albert Park.

Following an investigation stewards have issued the fine to the six-time V8 Supercars champion for a breach of the end of race procedure.

Whincup performed a burnout at Turn 15 on the cool down lap.

The penalty follows a similar fine issued to Mark Winterbottom after his victory at the Wilson Security Sundown 500 last year.

Nissan driver Dale Wood has been hit with a five place grid penalty for Sunday’s Race 4 after contact with Jason Bright.

Meanwhile, stewards decided to take no further action for an incident between Bright and Volvo’s James Moffat.

Sunday’s final race of the weekend is scheduled to begin at 1220 local time.

Next Story Van Gisbergen holds out Coulthard in Race 4