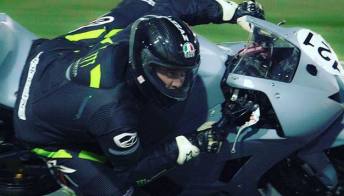 Tunisian rider Taoufik Gattouchi has been killed in an incident during the Losail 600 Cup support race at the MotoGP season opener in Qatar.

The 49-year-old was involved in a multiple bike crash at the Losail International Circuit on Friday.

The 15 lap Losail Cup race was immediately red flagged while medical crews attended Gattouchi before he was airlifted to Hamad Hospital in Doha where he succumbed to injuries.

“Following an incident during this evening´s (18th March) Losail 600 Cup support race at the Losail International Circuit, it is with great sadness that we have to report the passing of Tunisian rider Taoufik Gattouchi.” read a statement from MotoGP.

“The race was red flagged on lap 10 of 15 following a multi-rider incident at Turn 3 and Mr Gattouchi (Number 67) received immediate trackside medical attention.

“The 49-year-old was immediately transported by air ambulance to the Hamad Hospital in Doha where resuscitation continued. Unfortunately, Mr Gattouchi succumbed to his injuries.

“The FIM, Losail Circuit Sports Club, QMMF, Dorna Sports and the entire MotoGP community wishes to pass on its condolences to the family and friends of Mr Gattouchi.”

Next Story Petrucci to sit out MotoGP opener