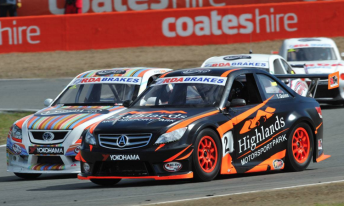 Highlands will host one of two NZRC test days

Test days for the new series are scheduled for April 30 and May 8 at Quinn’s own Highlands Park and Hampton Downs circuits respectively.

The season is set to take place over five rounds, kicking off alongside the V8 Supercars at Pukekohe in November and continuing alongside the summer’s Premier Racing Series.

According to Highlands general manager Mike Sentch, the series will likely feature a host of Australian competitors.

“We currently have 20 cars being built by our team in Australia and will build more to demand,” he said.

“As the New Zealand season is generally the off-season in Australia and with the cars being identical in both the New Zealand and Australian series, we can create a true trans-Tasman challenge.

“We expect a number of our Australian competitors to also compete in the New Zealand series because this format of racing is great fun and offers really good value.

“We look forward to welcoming participants to the NZ Racing Cars test days at Highlands and Hampton Downs.”

Two cars are already in New Zealand and will be utilised for the test days, where paying participants will receive tutelage from Kiwi racer Andrew Waite.

The final round of this year’s six event Aussie Racing Car Series is scheduled to take place at Hampton Downs on October 28-30, a week prior to the Pukekohe NZ season opener.