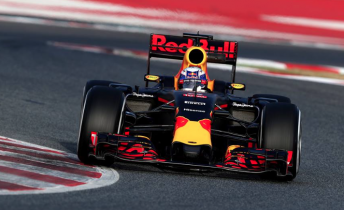 Renault boss Cyril Abiteboul is adamant there will be complete transparency with its engine customer Red Bull Racing this season.

The French marque returns to Formula 1 with a factory team this season while continuing to supply power units to Red Bull.

Despite a barrage of public criticism of its lacklustre engine last year, Red Bull agreed to a new deal with Renault, which will see the team run units rebadged as TAG Heuer.

However, since the confirmation of Renault’s decision to field a factory team the level of equipment provided to Red Bull has come into question.

Renault remains adamant that the power units run by the works team will be exactly the same as those powering Red Bull even when upgrades arrive.

Ahead of this weekend’s season opening Australian Grand Prix, Abiteboul has revealed more engine performance has been found, while a sizeable mid-season upgrade is planned.

“We have been with Red Bull for eight years we have been completely transparent with that relationship and we will share with them our progress,” said Abiteboul at the launch of Renault’s factory colours.

“We have been sharing that during the difficult times and the good times, so they know what is in the pipeline and what is running on the dyno.

“As soon as we homologate a new specification engine we have to use that across the board.

“The relationship with Red Bull is that they get exactly the same equipment as the works team. We have always been like that and will continue to be so.

“I’m talking about real (development) program. It is not available for the start of the season but we may decide to use later in the season. It is going to be a long season.

“There is a bit more performance (for Australia).

“We will also have the capacity to extract all the performance that is available in the engine, something we were not in a position to do last year for a number of reasons, which were both hardware and software related.”

Renault’s chief technical officer Bob Bell believes the engine upgrades planned are a cause for optimism as the manufacturer aims to close the gap to Mercedes and Ferrari.

“There has been a massive amount of work on the engine,” Bell told Speedcafe.com.

“It is not a task that can be completed overnight but they are on a trajectory that will see them close to Mercedes and Ferrari on performance pretty rapidly.

“It is probably around mid season maybe a little bit earlier.

“We don’t have any fixed dates but what is important for us this year is to deliver performance upgrades when we say we are going to do it.”

Meanwhile, Renault heads into the season realistic about its expectations for works drivers Kevin Magnussen and Jolyon Palmer.

“I think for this season, based on what we have seen so far, we are going to be finishing sixth on a good day and ninth on a bad day,” added Bell.

“Where that puts us at the end of the sedans is anyones guess but it will be in that bracket.

“Renault are not in it to make up the numbers and are here to win, but they are realistic on how long it takes to do that.

“We want to be competing in the top three in 2018 and I think that is a realistic target for us.”