Mercedes and Lewis hamilton head into the new season as favourites

SPEEDCAFE: We have seen in pre-season testing that Mercedes have looked strong without showing their hand, but do you think Ferrari has closed the gap?

ALAN JONES: I think they have irrespective of whether Mercedes have been sandbagging or not. Ferrari have definitely closed the gap and made strides and that is good.

Every year it is either a driver or a team spoiling F1. Michael Schumacher spoilt it by continually winning races or when Red Bull were always claiming one-two finishes.

As I keep on saying to people that when you spend $500 million a year that is what you are meant to do.

I’ve always said it is the others’ responsibility to get their head down and bum up and go for it. Mercedes have done it, why can’t other people do it?

People will say Mercedes have got a good budget but Ferrari doesn’t even know what a budget is.

It is going to be interesting to see who has made strides right through the paddock. 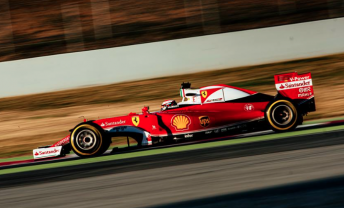 DAVID BRABHAM: Testing these days is really difficult to judge where everybody is. Nobody really shows their hand but Mercedes went there with an air of confidence.

I feel like Mercedes has got plenty in reserve that we haven’t seen yet and I think some of the teams are sensing the same thing.

I think we are all hoping that Ferrari has closed the gap but realistically we won’t know for the first two or three races, but I think we will see a Mercedes one-two in the first few races.

Mercedes are going to be tough to beat that’s for sure.

SPEEDCAFE: Does a team really need to challenge Mercedes this year to ensure Formula 1 does not lose its appeal with the fans?

Jones: The thing that annoys me is people have got short memories. Red Bull dominated F1 and before that so did Michael Schumacher.

Eventually someone will come up and challenge Mercedes, but how long that is going to take, I don’t know.

I hope Ferrari and a few other people will carry the baton to them this year, but also the other thing to look forward to this year are the midfield battles. 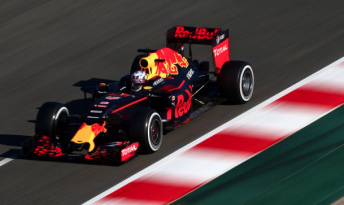 SPEEDCAFE: Local hopes once again rest on Daniel Ricciardo this year. After a difficult 2015 can we expect Daniel and Red Bull to offer a stronger challenge to the front runners?

Brabham: I’m hoping he will have a better year. I think they (Red Bull) are going to struggle to get podiums, they may get a couple who knows.

In terms of winning races I don’t see it which is a shame for Daniel.

He went in there just as Red Bull finished their dominance. If he arrived earlier he could be a world champion by now.

He will do a cracking job and there is no doubt about it. It is just a case of what car he is given.

Red Bull cars have always been good but the power plant has not helped and of course they had a lot of issues early on.

They will know that for this year so they should be in better shape but in terms of outright pace they could be qualifying maybe fifth sixth and seventh at best.

Jones: I think Red Bull can close the gap. I think Renault having their own team now will probably surge them on to get that engine going and of course I hope Red Bull will get the benefit of that.

Daniel is a little racer and is very competitive and he wants to win grand prix and they all do. I think without a doubt he is still as motivated as he has ever been. Haas F1 are aiming for points on their debut in Melbourne

SPEEDCAFE: Another new addition to Formula 1 this year is the introduction of the American Haas F1 operation. How do you think they will fare?

Brabham: It is a bold thing for Gene Haas to do. It is great challenge and he has a successful business in America and fancies a go at F1.

He is doing it very smartly but as to whether they will be competitive or not it is too early to say.

We are not going to see their true potential for a few years. Albert Park will see the debut of the new qualifying format

SPEEDCAFE: One of the biggest changes this year is the introduction of the new qualifying format, is this s good move for Formula 1?

Jones: I quite like the look of the concept.

There are people saying if it is not broken don’t fix it but the moment you don’t do something people will say it is getting boring.

Honestly I believe this could be really good. I think it is going to make it interesting.

Brabham: I think I will sit and watch it first before I make a call on that just yet.