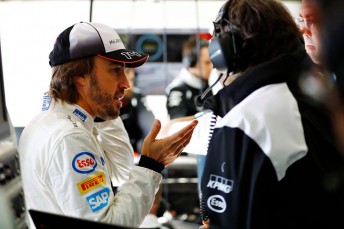 Fernando Alonso says he does not expect teams to be caught out by Formula 1’s new qualifying system which will debut at this weekend’s Australian Grand Prix.

Melbourne’s Albert Park will see the launch of F1’s new elimination qualifying concept designed to shake up the grid.

The concept will see the slowest drivers knocked out in 90 second intervals to eventually leave two drivers to do battle for pole position in the final segment of qualifying.

While changes to qualifying have attracted criticism from drivers, McLaren driver Alonso believes teams have already adapted to the system ahead of its debut.

The double world champion says the paddock already have plans in place for qualifying to avoid any potentially embarrassing eliminations.

“We have so many talented people, so many clever people, they will understand perfectly the rules and we will all do the same,” said Alonso.

“There will be one exact mathematic formula to do the right thing, so I don’t think there will be any adaptation time.

“For the drivers I don’t think it will change much, we will do very fast laps when it’s time to do it.”

Formula 1 will showcase its new qualifying format on Saturday from 1700 local time.