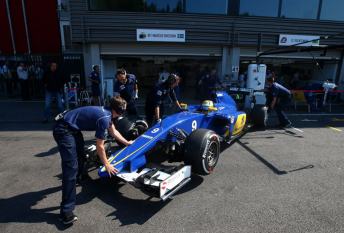 Sauber has announced that technical director Mark Smith has left the team with immediate effect ahead of this weekend’s Australian Grand Prix.

The team confirmed that Smith has returned to the UK due to family reasons.

“The Technical Director of the Sauber F1 Team, Mark Smith, has decided to go back to the UK for family reasons. He has already left the company,” read a brief statement from the team.

“We would like to thank Mark for his efforts and we wish him all the best for his future.”

This is the latest development in what has been a troubled start to the season for Sauber after a cash flow problem saw staff receive their salaries for February late.