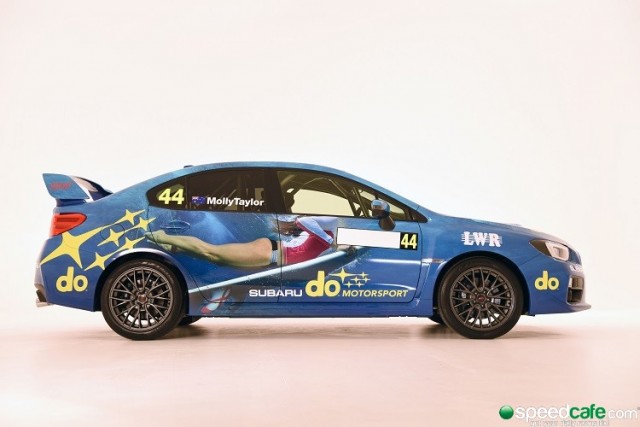 Subaru’s return to the Australian Rally Championship is gathering momentum with the confirmation of its team name and the co-driver who will partner Molly Taylor.

The famous Japanese marque will field a factory supported all-wheel-drive WRX STi NR4 for Taylor under the banner of Subaru do Motorsport.

‘Subaru do’ is the brand’s new marketing direction which was launched yesterday.

After announcing its return following a 10-year absence last month, Subaru has enlisted the services of one of Australia’s most experienced co-drivers in Bill Hayes to guide the 27-year-old from Sydney.

Hayes has previous history with Subaru, having paired with Dean Herridge before Subaru Rally Team Australia disbanded in November 2005.

The team has also unveiled the livery it will campaign during the ARC which begins with the Quit Forest Rally in Western Australia from April 22-24.

“We’ve been amazed by the fantastic reaction since we announced our rallying return, so it’s great to be able to share the design direction with the fans,” said Subaru Australia Managing Director, Nick Senior.

Taylor, who made history by becoming the first female to win a heat of the ARC last year, is due to jump behind the wheel of the WRX for a test ahead of the season opener.