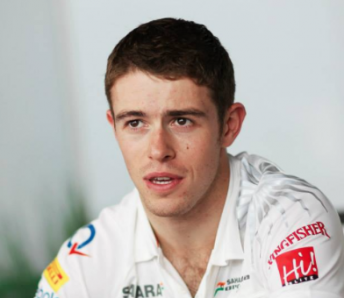 Paul di Resta has taken up the official reserve driver role at the Williams Formula 1 team.

The move will see the Scotsman return to the F1 paddock having departed the scene following three seasons at Force India.

The Grove outfit has confirmed that Di Resta will spend “extensive time” with the team at races while also conducting simulator work.

Di Resta will complete his Williams duties alongside a DTM campaign with Mercedes.

“I am delighted to be joining Williams as reserve driver and look forward to the 2016 season,” said Di Resta.

“It will be a busy year combining both driving in DTM with Mercedes AMG, and attending the Formula One Grands Prix in my new reserve driver role.

“I will be giving my full support to both and look forward to the exciting possibilities the year has ahead.”

Di Resta will join GP2 driver Alex Lynn who has been retained by the outfit as a development driver.