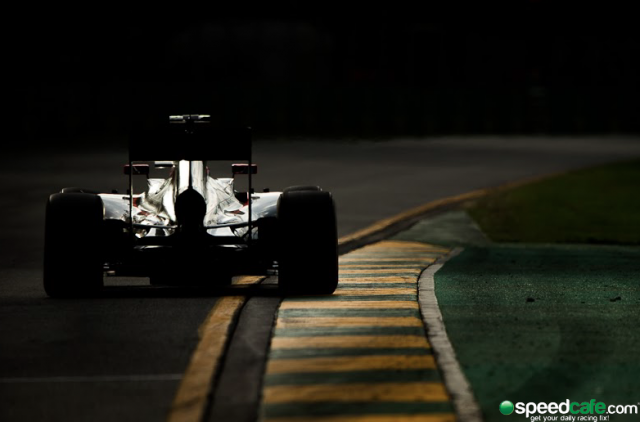 David Brabham believes ‘radical thinking’ is required to rescue Formula 1 as the sport contemplates a regulations shake up to lift its appeal for 2017.

As Melbourne prepares to raise the curtain on another season this weekend, F1 chiefs and teams continue to work on finalising a sizeable shift in rules for next year.

With details to be set by April 30, the FIA announced last month that cars will be faster, wider and feature more downforce to increase speeds and decrease lap times by as much five seconds.

The shift comes while the sport fights criticism from within the industry following two years of Mercedes domination.

Former F1 driver Brabham is an advocate of the 2017 rule changes but feels the sport is masking the fundamental issue of rising costs.

Brabham is in the midst of resurrecting the famous name in motor racing by forming a sportscars team via his Project Brabham initiative, which has long term goals of an F1 tilt.

“They (Formula 1) have got to find ways to mix it up and make it more interesting,” Brabham told Speedcafe.com.

“When you watch the cars certainly the last couple of years they look dreadfully slow compared to what they were five or six years ago.

“This (2017 regulation change) I feel will be another rule change that tries to help cover up fundamental issues within the sport.

“The biggest problem is money and the perception that F1 is regarded as the best so you have teams spending the higher amounts of money.

“It is getting harder and harder for the smaller teams to compete. Going out into the marketplace trying to raise sponsorship is nearly impossible.

“The sport needs to distribute it (money) better and more evenly compared to what they used to.

“There is a lot of powerful people who don’t want to see that.

“If there was a much more even share of money and a price cap controlling the teams then you will have more competitive racing and that is essentially what they are looking for.

“That kind of change requires radical thinking and I’m not sure F1 is ready for that.”

Former world champion and countryman Alan Jones agrees that costs need to be addressed and that faster 2017 specification cars will help improve the F1 show.

“They (Formula 1) have got to simplify a lot of things. The average punter out there loses track of it,” Jones told Speedcafe.com.

“What I would like to see the powers of F1 do is what has been suggested to them for the last 10 years.

“Take the aerodynamics away give them less aerodynamic grip and give them more mechanical grip with some bigger wheels and tyres and more horsepower.

“It is no secret that some of the best Formula 1 races are in the wet. That elongates the braking area and decreases the corner speed gets it down to driver skill a bit more.

“What they have got to do is simulate that in the dry.

“If they all had less fanciful wings the racing would be better and a damn sight cheaper.”