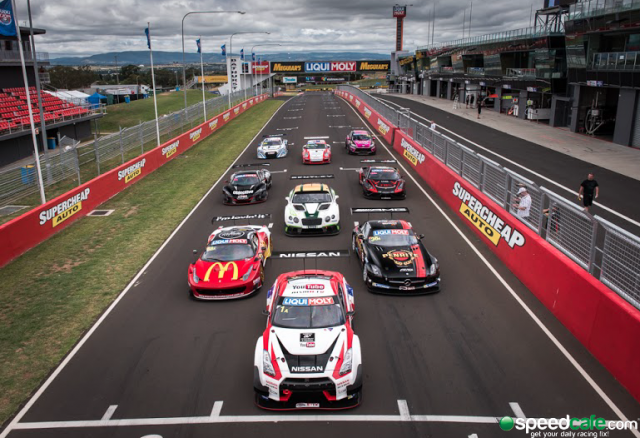 The Liqui-Moly Bathurst 12 Hour will continue to kick off the Australian motorsport season after confirming a continuation of its February date next year.

Firmly placed among the world’s leading GT3 events, the Mount Panorama endurance classic will be run from February 3-5.

This year the event, won by the McLaren of Shane van Gisbergen, Alvaro Parente and Jonathon Webb, saw a 14 percent increase on crowd figures, with 37,079 attending the three day meeting.

“The Liqui-Moly Bathurst 12 Hour is not only accepted as the traditional first major event on the Australian motorsport calendar, but is also now highly regarded as one of the top GT races in the world,” said Event director John Casey.

“The way it has been embraced by manufacturers and drivers from across the globe is proof of that.

“There is no better way to kick off the new season with the best international and local teams and drivers going head to head at one of the most iconic circuits, Mount Panorama.

“We are very pleased to be able to lock in the date early and we are already working on ways to grow the event. 2017 should be a very exciting year.”