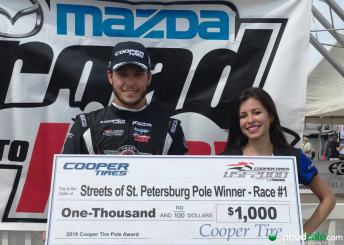 Jordan Lloyd was the man to beat in USF2000

Will Power may have missed out on racing in IndyCar’s season opener, but there were no shortage of Aussies in action across the weekend at St Petersburg.

The Pabst Racing driver held a comfortable lead in the second heat before a full course caution, falling to third on the subsequent restart before finishing a fighting second. 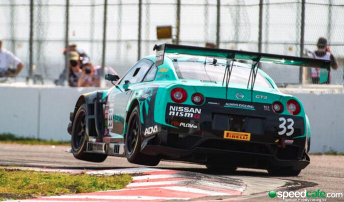 Davison showed speed in the PWC

Davison’s Nissan GT-R had made minor contact with Lewis’ Porsche as the duo fought for the win at Turn 1 with just minutes on the clock.

Two Stadium Super Truck races also provided plenty of action, with Matthew Brabham and Paul Morris both in the thick of it.

Brabham, who also used the weekend to familiarise himself with the KV Racing IndyCar outfit that he’ll join for the Indianapolis 500, finished second in the opening heat to Sheldon Creed. 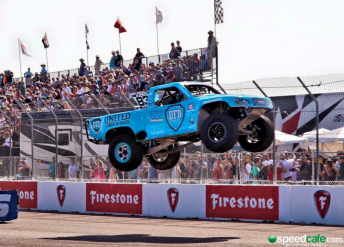 The third-generation racer then fought from a ninth place starting slot to fifth in Race 2, taking the flag one place behind UFD Racing team-mate Morris.

Former Bathurst winner Morris had been sixth in the opening heat on his US Stadium Super Truck debut.

Team Pelfrey team-mates Patricio O’Ward and Aaron Telitz proved the class of the 12 car field with a win apiece. 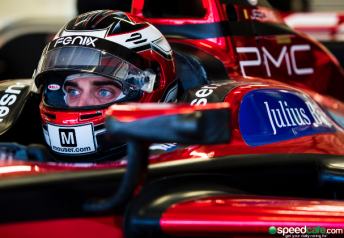 A post-race exclusion handed Jerome d’Ambrosio victory in the fifth round for the FIA Formula E Championship in Mexico City.

Lucas di Grassi had taken the chequered flag in what turned out to be a comfortable run to victory on the reconfigured grand prix circuit.

However, the car that the Brazilian used in the first half of the race was adjudged to be 1.8 kilograms underweight, prompting the exclusion.

Having been involved in a thrilling scrap for second spot for much of the race, d’Ambrosio was awarded his second win in the championship.

Sebastien Buemi has now opened up a 22 point lead at the top of the standings after inheriting second, while e.dams team-mate Nicolas Prost was third.

Venturi’s Loic Duval was in line to secure third but the Frenchman was penalised 15 seconds for exceeding track limits which dropped him to fourth.

The FIA Formula E Championship heads to Long Beach for the sixth round from April 2. 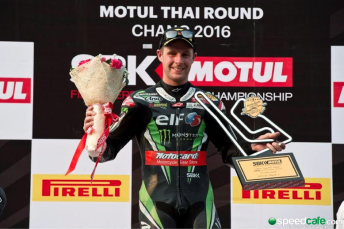 Kawasaki completed a World Superbike Championship double as riders Jonathan Rea and Tom Sykes shared the spoils at the second round in Thailand.

Reigning world champion Rea came through a tense race-long duel with his opposite number before claiming the lead in the closing laps.

Sykes shadowed Rea for the reminder but was unable to find a way through settling for a close second, with the Honda of pole-sitter Michael van der Mark in third.

Chaz Davies brought his Aruba Ducati home in fourth following his dice with team-mate Davide Giugliano, who crashed out during the race.

Sykes fought back in Race 2 as he produced an impressive ride to see off Rea and Davies to take a hard fought victory.

Sykes and Rea stormed into the lead from the start with Davies following into third after brief contact with van der Mark.

The trio provided an enthralling battle for the lead but it was Sykes who held his nerve to take the chequered flag from Rea and Davies.

Van der Mark was left to settle for fourth ahead of Honda team-mate and former MotoGP world champion Nicky Hayden.

The World Superbike Championship heads to Spain’s Aragon circuit for the third round from April 1-3.