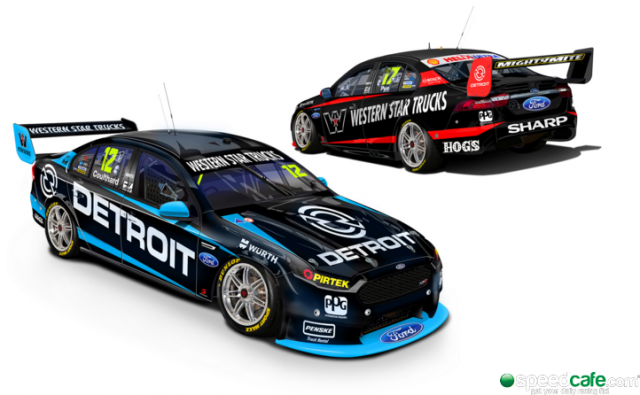 Penske will promote two of its brands at the AGP

Penske brands Detroit and Western Star Trucks will feature on the Coulthard and Pye cars respectively in Melbourne after both ran in Shell Helix colours for the season opener.

Both however dramatically fell foul of the 140 litre fuel drop regulation in Sunday’s main race, relegated from a double podium to just 16th and 17th after post-race penalties.

The speed came on a circuit not expected to suit the team’s Ford Falcon FG Xs, leaving managing director Ryan Story highly encouraged ahead of this weekend.

“Representing two major Penske brands at the one race event is a first for the team, and we are excited to race in Western Star and Detroit colours at Albert Park,” said Story.

“Both brands are iconic within the transportation industry and our matching liveries really do them justice. The two cars will look striking against the backdrop of the Melbourne city skyline on the fast and demanding Albert Park circuit.

“After a challenging, yet encouraging weekend at Adelaide last time out, we are excited to go racing again at Albert Park.

“Last year this proved to be a pretty tough event for our newly constituted team, but we are making great progress and our expanded group continues to gel well.

“Despite not being a championship event, it’s one we take very seriously indeed and certainly our drivers and the whole group will be chasing some solid results.”

Albert Park marks a year since the final single-driver appearance with the team for Marcos Ambrose, who sensationally stepped down from full-time duties following a disastrous run across the four races.

Like Story, new recruit Coulthard is confident that the team’s current package will suit Albert Park.

“I feel like we can definitely attack that one and that it will suit our cars a lot better than Adelaide did,” he said.

“It’s a totally different circuit. Adelaide is very stop-start with low minimum corner speeds, whereas the grand prix is fast and flowing, a big open track.

“It’s going to be a fair bit different.” 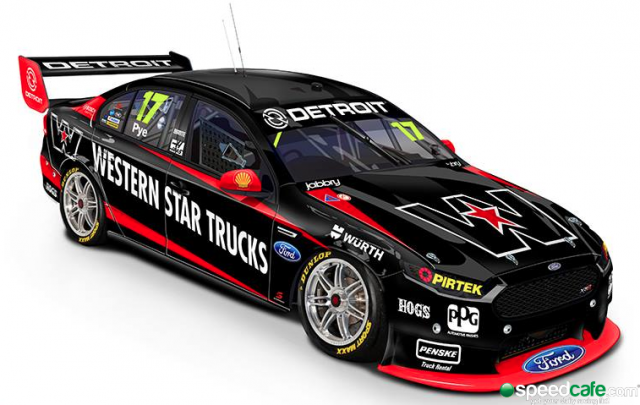