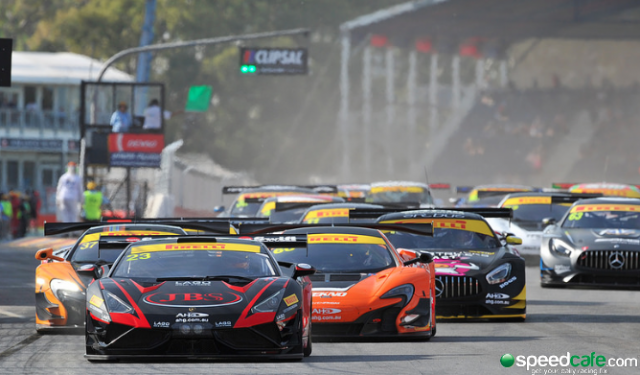 Australian GT heads to Albert Park with another bumper entry

A capacity 32 car grid has been confirmed for the second round of the Australian GT Championship at Albert Park this weekend.

The category returns to the undercard of the Australian Grand Prix event for the first time since 2010 with four 25 minute races scheduled. 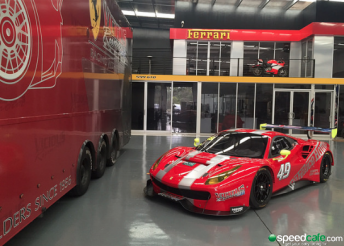 Tony D’Alberto and car owner Peter Edwards will combine in the Maranello entry, while Ferrari test driver Andrea Montermini will be joined by Benny Simonsen, brother of the late Allan Simonsen, in the Vicious Rumour Racing car.

Meanwhile, British GT Championship regular Hector Lester will make the trip down under to contest the meeting behind the wheel of the Ferrari 458 GT3.

The Irishman last made an appearance in the championship in 2009 and has also competed in the 2011 Bathurst 12 Hour.

After sustaining heavy damage in the Clipsal 500 season opener, the Superbarn Supermarkets Audi R8, piloted by James Koundouris and Marcus Marshall, has been repaired in time for the second round.

The Audi R8, which won Race 2 at Adelaide, was collected by the Eggleston Mercedes driven by Peter Hackett in Race 3, resulting in a $20,000 fine and an exclusion from the round for the latter.

Hackett and co-driver Dominic Storey had already elected to sit out the Melbourne round with the car scheduled to compete in the grand prix’s Ultimate Speed Comparison event.

As previously reported, Andrew and George Miedecke will return to the championship in a Matt Stone Racing Aston Martin GT3, while Peter and Alex Rullo will enter their Lamborghini Gallardo after skipping the Clipsal 500.

Following an eventful Clipsal 500 season opener, the Lamborghini of Glen Wood and Justin McMillan tops the championship standings heading into the event.