Will Power scored a sixth career pole position at the St Petersburg street course as Team Penske kicked off its 2016 IndyCar Series campaign in dominant fashion.

Recovering from a crash in opening practice on Friday, Power had rebounded to top that afternoon’s session and the final pre-qualifying hit-out on Saturday morning.

Ryan Hunter-Reay completed the top six, but could get no closer than 0.6s of Power in the final session.

Graham Rahal, Sebastien Bourdais, the returning James Hinchcliffe and Jack Hawksworth completed the top 10 thanks to their efforts in Segment 2. 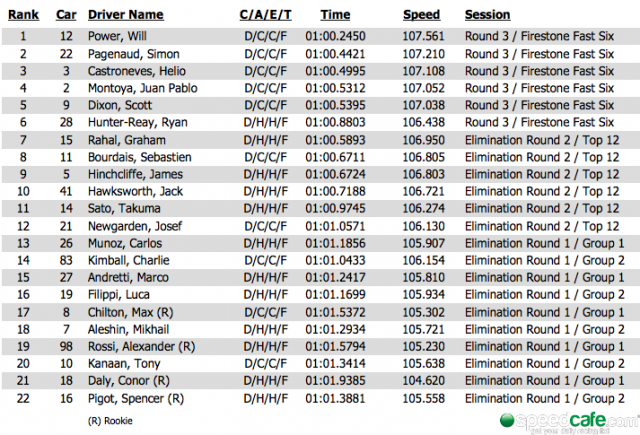