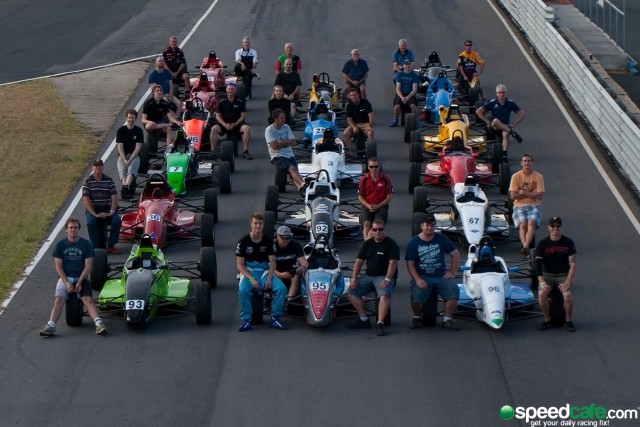 The Queensland Formula Ford Series has underlined the resilience of the single-seater category by welcoming its biggest grid for almost a decade this weekend.

The series has enjoyed a significant boost in numbers for the new season which begins at Morgan Park with entries doubling on those seen last year.

The category, which has helped the likes of IndyCar driver Will Power climb the motorsport ladder, struggled to break double figures last year.

The resurgence comes on the same weekend as the Phillip Island Classic which has assembled a huge 54 car historic Formula Ford grid.

Category organiser James Corbett says he has been surprised by the sudden influx of interest.

“It seems the Kent cars are having a bit of a resurgence in England as well but I don’t 100 percent know why,” Corbett told Speedcafe.com

“It is an affordable category to do especially for open wheels.

“There is a lot of talk of people coming out of karts and where they should go and there is a school of thought they should do this before spending the big bucks.”

Among those competing this weekend is Bob Power, the father of 2014 IndyCar champion Will Power, who has been a regular in the series.

This weekend will also see the other end of the spectrum competing with Gold Coast teenager Karla Curtis making her car racing debut following a stint in karts.

Curtis will jump behind the wheel of an ex-Paul Morris 1991 Van Diemen for this weekend’s meeting.